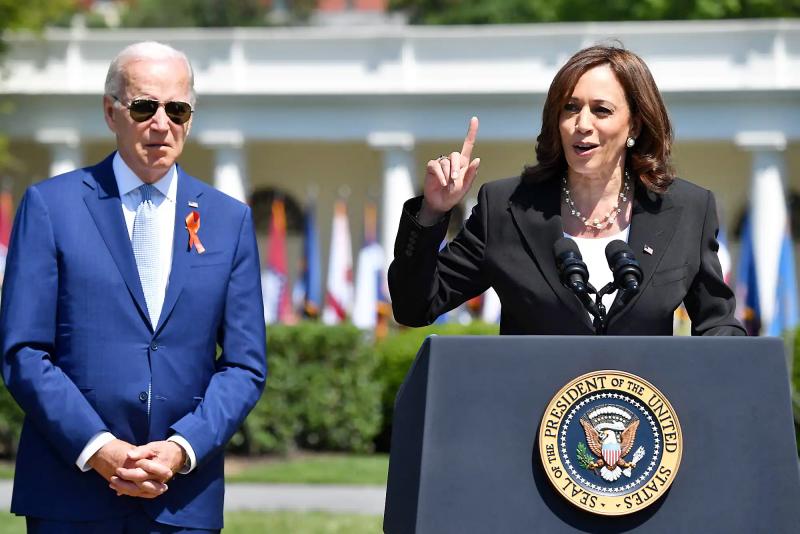 Republicans are grappling with a serious Trumpian tumor, quietly admitted by many of them.

They remain ultra-competitive, however, because Democrats live, they too, immense difficulties.

The approval rating for Biden's work is abysmal.

The challenges are certainly immense, but his policies do not bite into the problems.

He is not inspiring and seems less and less listened to.

Above all, as cruel and unfair as it may seem, he projects the image of a tired, outdated man in a time when image is an essential component of political success.

The loss of the Democratic majorities in the Senate and the House in November would complete the crippling of the Biden administration.

It is simply impossible to see how the president, currently 79 years old, could be a candidate to his own succession in 2024.

And that's when we realize that the Democrats' worst problem may be before them.

The vice president of a Democratic administration is the favorite to be his party's standard bearer in the next election.

Mondale, Gore and Biden, all former vice-presidents Democratic presidents, were their party's nominees for president.

It's an understatement to say that the candidacy of Kamala Harris has made many Democratic strategists nervous, even if the vice presidency gives little opportunity to shine.

It's not just that Ms. Harris is a much more left-leaning Californian than the average American. It's also that any effort to block her path would raise the ire of that fringe of the party for whom Ms. Harris is above all important for what she embodies.

Which brings us, as if this was not enough, to another huge problem for the Democrats.

Add to this the radical ecologists, the proponents of higher public spending and taxes, those who fund illegal immigration, etc.

If that kind of ideological cocktail doesn't stop you from winning in California, New York, and college campuses, how will it be received in Florida, Pennsylvania, Georgia, North Carolina, Wisconsin, and other moderate states, where the fight will be hot, and that the Democrats must absolutely win?

Many ordinary Americans do not recognize themselves more in the image of their country conveyed by the New York Times and CNN.

The last Democrats to have acceded to the White House – Clinton, Obama, Biden – have taken care to position themselves as moderate and pragmatic progressives.

Even a Democratic candidate who rejects these extreme positions would be vulnerable if he is perceived, rightly or wrongly, to be surrounded by influential people who believe in them.

In politics, you are usually the architect of your misfortunes.