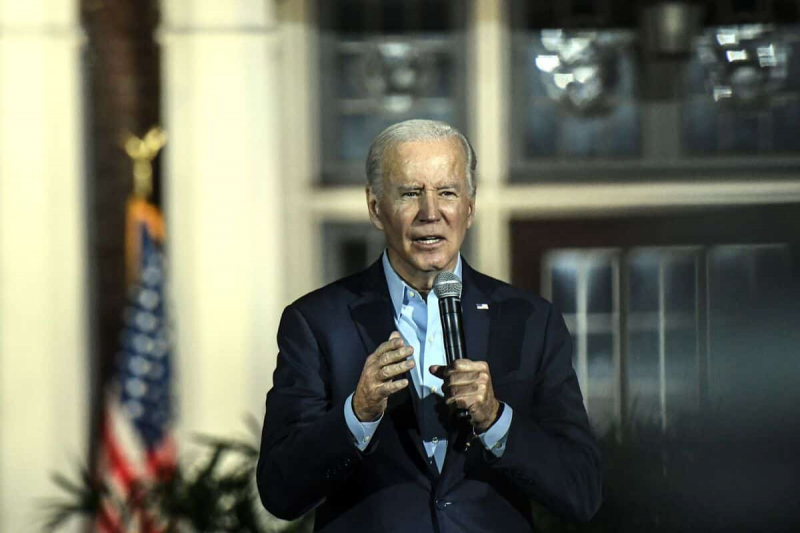 Tuesday's election in the United States will be crucial.

If the Republicans make the anticipated gains, their control of the Senate and the House of Representatives would complete crippling the Biden administration.

If that happens, the Democrats will only have themselves to blame.

Certainly, a decline of the party occupying the White House during the mid-term elections is nothing new, but this would be the deepening of a heavy trend.

We are indeed faced with a party increasingly disconnected from reality and which does not seem to want to remedy this problem.

On the contrary, like so many movements kidnapped by hardline ideologues, we prefer persuade yourself that you are right and sink into denial rather than making concrete gains.

It has been widely noted that the Republican Party has changed in nature and has become a cult devoted to a Donald Trump cult, home to many crackpots who believe nonsense.

It is absolutely undeniable. But it's less noticeable how the Democrats are also rushing into their version of a divorce from reality.

The raw reality is that the traditional base of the Democratic Party is unraveling.

Over the past 10 years, support for the Democratic Party among white voters without a college degree has plummeted. However, it increases among university graduates.

During this period, the Democrats also lost 18 points among non-graduates who do not have white skin.

In short, without drowning you in the numbers, all the indicators show that the Democratic Party, to put it in a global formula, is increasingly that of a university, young and urban elite.

Look at the current campaign.

What are the three fundamental themes Democratic candidates?

These are abortion rights, gun control, and the future of American democracy.

Of course, these are important themes.

Criminalizing abortions will not make them go away. It will drive them underground.

Mass shootings are much more common in the United States than elsewhere due to the large number of legal and illegal firearms in circulation.

It is also terribly disturbing to see all these Republican candidates who say in advance that they will not recognize their defeat if it occurs, invoking a supposed vast electoral scam.

The problem is that these themes, important and legitimate as they are, resonate precisely with this young, urban and educated clientele.

The working class, the traditional stronghold of the Democrats, is rather concerned about employment , inflation and crime.

She is also increasingly annoyed by affirmative action policies, neo-racialism in schools and other ideas associated with the woke movement.

No longer recognizing herself in the dominant discourse of the Democrats, she is turning more and more to the Republicans.

This it's not so much that she doesn't see the harmful nature of Trump and Trumpism.

It's that she feels dumped, looked down on by the leaders of the party that was long her home natural.