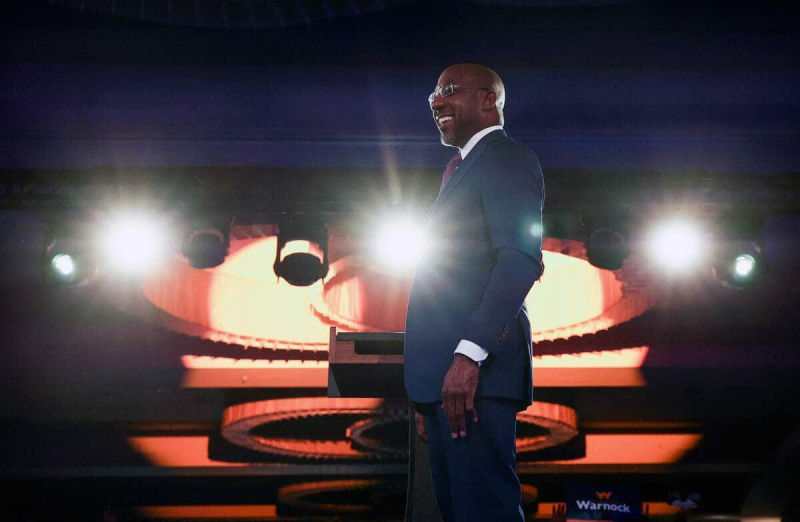 The re-election of Democratic Senator from Georgia, Raphael Warnock, is a big relief for his party and another bitter defeat for Donald Trump.

Tuesday, the second round of the Senate election in Georgia, one of the few states that requires an absolute majority to ratify its elections, has ended the midterms of 2022.

Normally, midterm elections result in a rout for the president's party, but the Democrats get away with a modest loss of nine seats in the House of Representatives, which is still enough to overthrow control.

The first lesson of this Democratic advance is that the tectonic plates of the American politics are not completely set in stone.

The “Deep South,” which many Democrats feared they had lost irretrievably, is experiencing social transformations that challenge the social and religious conservatism embodied by the Republican Party.

The state's cosmopolitan metropolis, Atlanta, has become one of the main centers of technological and cultural innovation in the United States, where the backward rhetoric of the Trumpists and other Republican paleoconservatives no longer holds sway.

However, it is not certain that this tectonic movement will be fast enough to avoid a return of Trumpism in 2024. Indeed, the Georgia election also shows how solidly entrenched partisan allegiances are.

Every day of the campaign confirmed the profound incompetence of candidate Herschel Walker, whose qualifications boiled down to being a celebrity and a protege of Trump. While Warnock was articulating his legislative philosophy, Walker was talking – quite literally – about vampires and werewolves.

Despite this, even though notorious Republicans have publicly disavowed Walker, the ex-footballer has managed to mobilize the vast majority of Republican sympathizers.

Partisan polarization and “calcification” are holding back political change and fostering extremism, not to mention the possibility of a return of Donald Trump. In Georgia and Pennsylvania, Republican candidates untainted by Trump's endorsement would likely have swung the majority to the Republican camp. Instead, Tuesday's election gives the Democrats some unexpected strengths.

A gift for Biden

The Senate was already under Democratic control, but there is a big difference between the 51-49 majority that is coming and the joint Senate in place since January 2021.

All Senate committees will now have a Democratic majority. This will facilitate the procedures, in particular for the confirmation of the presidential appointments which were often the object of systematic blocking.

In particular, Joe Biden will be able to fill all the positions of federal judges available to counterbalance the wave of appointments conservatives during Trump's tenure.

Another gift for the Democrats is that the Georgia election has reignited Republican divisiveness. Indeed, discontent is mounting against Donald Trump, who is blamed for the party's failure to regain the Senate.

This victory nevertheless comes with a warning. Warnock's victory came at the cost of a costly vote mobilization effort that reminds us that, by November 2024, every vote will have to be dearly won.