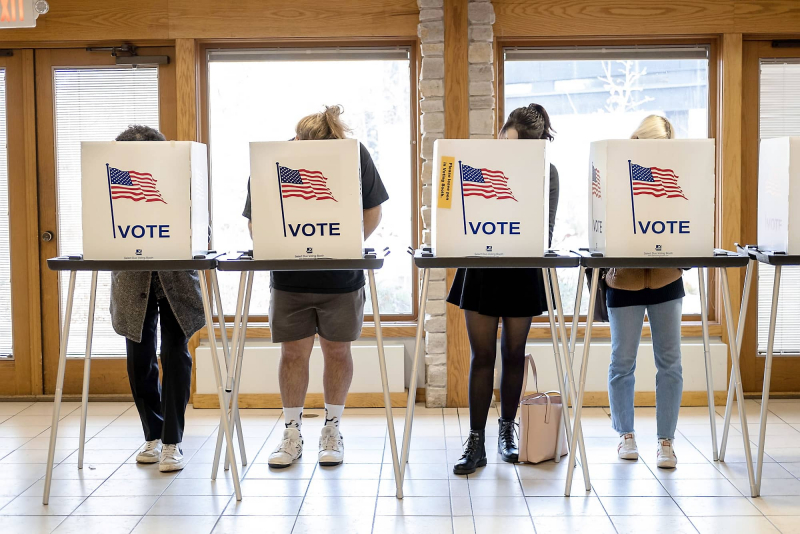 Inflation topped voters' list of concerns, according to exit polls. They were very unhappy and had largely negative views of Biden.

More than 7 in 10 said they were dissatisfied with the current situation in the United States and half questioned Biden's policies. More than three-quarters said inflation has caused hardship for them and their families.

Yet only 37% of voters had a favorable view of Trump and 43% a positive view of the Republican Party.

Republicans need to win 218 of 435 seats to have a majority in the House and only one more seat to control the Senate, 35 of whose seats were at stake.

With dozens of close races, it could take days or even weeks to count the votes before the final results are known.

Democrats vote by mail more often than Republicans. States that tally these votes quickly will yield pro-Democratic results that may evaporate as Republican votes are tallied.

If in the tight race in Georgia no candidate gets more than 50% of the vote, a runoff will take place on Dec. 6, perhaps leaving Senate control uncertain until then.

The End of Democracy?

Last night, analysts and partial results suggested that Republicans had a very strong chance of winning a majority in the House. Senate control would be tighter.

Are you worried about the future of American democracy? You are right. You are not alone.

Seventy-seven percent of voters polled yesterday believed that democracy is under threat in the United States. But 33% were convinced that Trump was robbed of the 2020 election.

Would a Republican victory signal that the United States is on a downward spiral towards authoritarianism?

The integrity of the system in question

The Trumpisto-GOP party has taken Viktor Orbán's Hungary as a model. By manipulating the electoral system of the states they control, the Republicans want to create a “de facto” one-party state like present-day Hungary.

Significant electoral setbacks would certainly lead Democrats to openly press Biden to not run in 2024 or to engage in quiet maneuvers to do so, citing concerns about his senility.

The outcome of this election will tell us whether America as we know it is disappear as an authoritarian right gradually seizes power.

Trump is expected to announce his candidacy for the 2024 presidential elections next Tuesday. If only to complicate the criminal proceedings that should be brought against him if Attorney General Garland ever wakes up from his torpor.

Ironically, the American lesson givers are moving away ideals they have always championed.