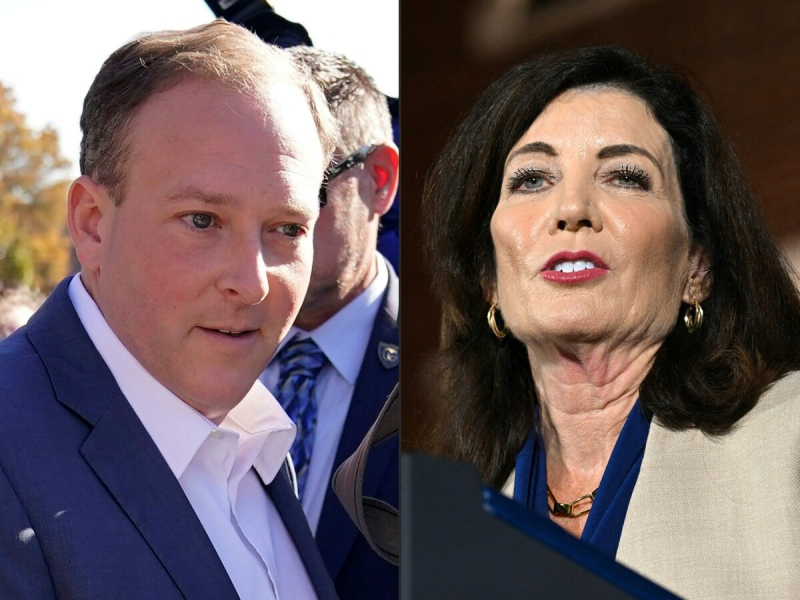 The Democrats on Tuesday managed to retain the disputed seat of governor of the state of New York, one of their strongholds, which nevertheless was the scene of a tighter race than expected, according to American media.

Outgoing Governor Kathy Hochul, who replaced powerful local chief executive Andrew Cuomo in the summer of 2021 due to a sex scandal, has defeated Republican opponent Lee Zeldin, according to ABC and NBC.

According to partial results given by the New York Times, Ms. Hochul, a 64-year-old centrist Democrat from upstate New York, won 55% of the vote against 45% for her 42-year-old Republican challenger Donald Trump. had dubbed.

Few people imagined before Tuesday's midterm elections that New York City and the state, considered leftist progressive strongholds, could escape the control of the Democrats. for the benefit of conservative Republicans.

Yet New York State could have taken a stab at the right, especially outside cities where Republicans are sometimes more popular than Democrats.

Since October, the race between the opposition of right and the center-left majority had tightened amid soaring prices and a surge in feelings of insecurity in the largest city in the United States and the fourth state in the country.

Until that polls suggest a neck and neck or even a defeat on the wire of Governor Hochul, in favor of Mr. Zeldin.

In addition to the elections of governors and local elected officials throughout the country, Tuesday's polls must renew a third of the 100 seats of senators and the entire House of Representatives, which make up the Congress in Washington.

The State of New York, 20 million residents, must return 26 representatives to the House, of which 19 incumbents are Democrats, but the Republicans could win nine seats, according to the New York Times and ballotpedia.org.