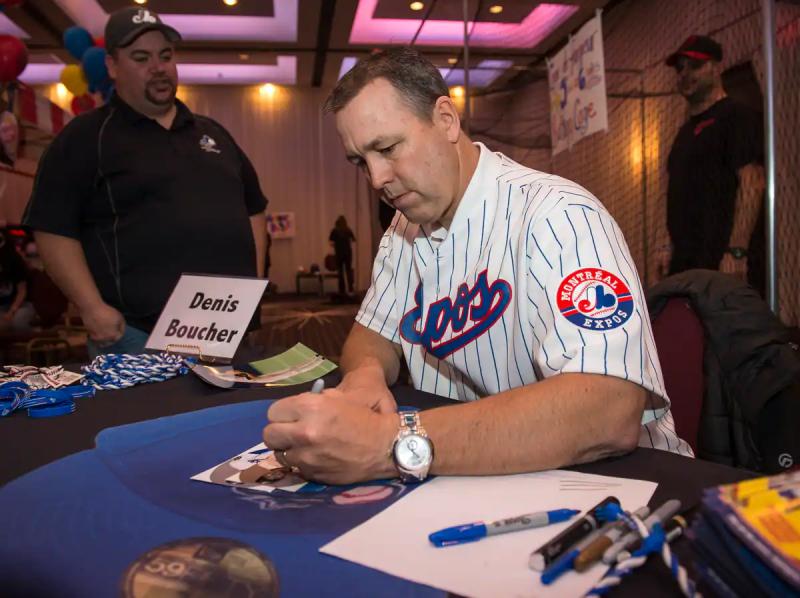 Expos Fest is in full swing across Quebec and after stops in Sherbrooke, Granby and Quebec City, the event will wrap up in Lachine on Sunday. Former pitcher Denis Boucher knows the stadium in the borough of Montreal like no one else, since it bears his name.

The 54-year-old man will be able to play tourist guide for his former Expos teammates, who are playing for a good cause this weekend. Denis Boucher Stadium, located in LaSalle Park, was inaugurated in June 2017.

“I am at this stage almost every day. It is the “fun” to hold an event there and to bring back the former Expos there and to be able to raise money for the Foundation [Kat D DIPG]”, mentioned Saturday at the end of the line the one who carried the uniform of “Nos Amours” in 1993 and 1994.

In Boucher's opinion, baseball is doing well in Lachine. He also hopes to see a large number of his proteges come to see him and other legends like Claude Raymond and Bill “Spaceman” Lee.

“We have a lot of players, a lot of teams, said the one who is now a coach. We hope that the young people will show up. I think there are quite a few baseball fans in Lachine and Expos fans. There should be a good crowd.”

A question of perseverance

The organizers of Expos Fest have also confirmed that Mr. Raymond would be the starting pitcher in Lachine, he who was forced to be absent in Quebec. The 85-year-old man is a true inspiration for any player from La Belle Province who gets involved in baseball.

“Claude, at 85, it is something special, that he is able to come, to throw, to run. It's impressive,” said Boucher.

When he arrived in the major leagues in 1991, the Lachine native became the first Quebecer to reach this level since Raymond, 20 years earlier. Today, the flow of players from the province is much more constant, and the latest to break through is Charles Leblanc, with the Miami Marlins.

“It's a long road to the leagues majors. Not everyone is able to get through this. We have a few who are called up by the teams, who are drafted. It's the work that makes the difference,” explained the former Toronto Blue Jays and Cleveland Indians.

“Charles persevered. He continued to believe in his dream, he continued. He's a good hitter and he's getting better year after year defensively. He's a student of the game and in baseball, that's how you improve and break through the lineups.”