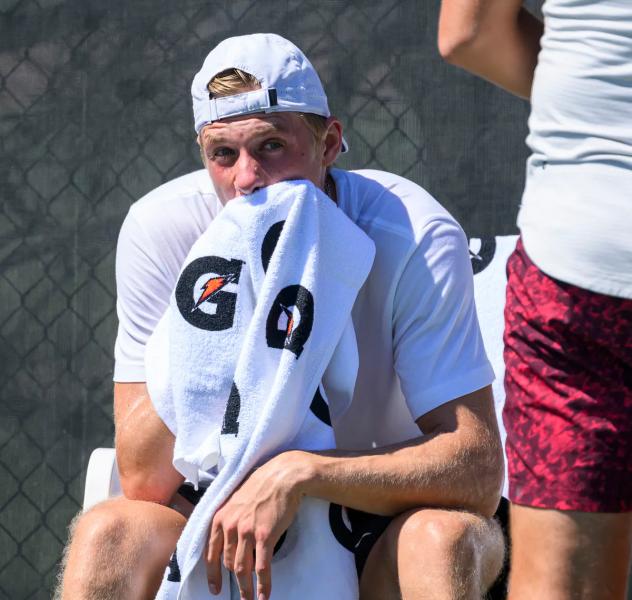 Denis Shapovalov is having a very difficult streak. He has won only one of his last nine games. Despite his setbacks on the field, the Canadian tries to remain positive.

“I am not able to win games on a regular basis, but I continue to work hard, underlined Denis Shapovalov in a press conference. I expect it to click at some point.

“It doesn’t worry me. I had a good start at the start of the season where I played some good games. Even if I lose, I think I'm playing well.”

He swears his motivation hasn't been affected over the past few months.

“It's easy to stay motivated. I'm just trying to focus on the next game. We play at the highest level, said Shapovalov.

“Obviously, you will have good sequences, but also bad sequences. It's part of the sport. It's easy to be inspired when you play a tournament like this.”

In the first round, the draw did not favor him. He will face the Australian Alex de Minaur, 21st player in the world. A big customer for a first game.

“Having such a solid opponent from the start can give me some rhythm,” Shapovalov said. He plays very well. Moreover, he has just won a tournament (in Atlanta).

“It's an excellent duel. We have already had good matches together in the juniors, but also in the pros. We know each other well and I think it will give fans a good show.

“This match could give me a dose of confidence. It could open doors for me.”

On the other hand, the Australian won both matches between them. The last time they crossed swords was in 2020 in the ATP Cup round robin. De Minaur had the last laugh in three sets.

At Wimbledon Shapovalov was injured in his second round match round against American Brandon Nakashima. He stretched a muscle in a one-leg abductor.

He had difficulty finishing his match. Subsequently, he took advantage of the following weeks to recover from this injury.

“It healed him very well. I felt a bit of pain in training in preparation for the Washington tournament, explained the Ontarian. I had to be careful.

“Last week, in my match (against J.J. Wolf), I had no problem. It's a very good sign because it was a long game. I feel good.”