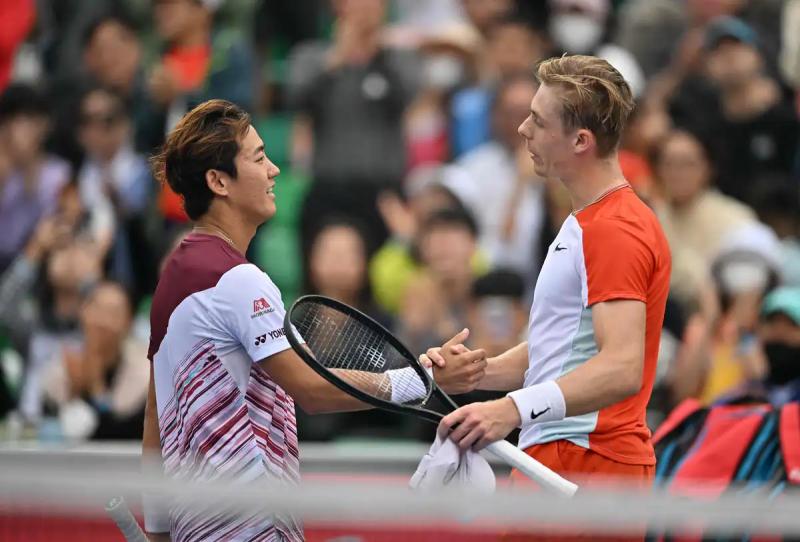 Author of an excellent course at the tennis tournament in Seoul, the Canadian Denis Shapovalov was however not able to finish the job in the final, he who was defeated by the Japanese Yoshihito Nishioka in two sets of 6-4 and 7-6(5), Saturday.

The 23-year-old tennis player, the fourth seed in South Korea, has only been broken twice in eight occasions. However, he had his serve stolen at the worst moment, when Nishioka was able to win the first set on a ball sent into the net by Shapovalov when he was down 5-4.

The The 24th-ranked ATP player started the second set strong by taking a 3-1 lead, but the Japanese showed character to come from behind and force the tiebreaker.

Armed with his powerful first serve, the Canadian won 80% of rallies when he put it into play. These five aces were however canceled by his six double faults. The consistency of his opponent finally smiled on him.

“I think my return game was very good today [Sunday] supported Nishioka after the match, according to the ATP website. I know he has a big serve and a good forehand, but I shouldn't stop there. I only thought of returning a lot of balls to him and putting pressure on him if I had the chance to do so. . The latter added good opponents like Casper Ruud and Daniel Evans to his list during the week.

“You are playing in an incredible way this year. You are very annoying to face, Shapovalov joked during the presentation of the trophies. It was super frustrating for me, I tried to find solutions and did everything I could.”