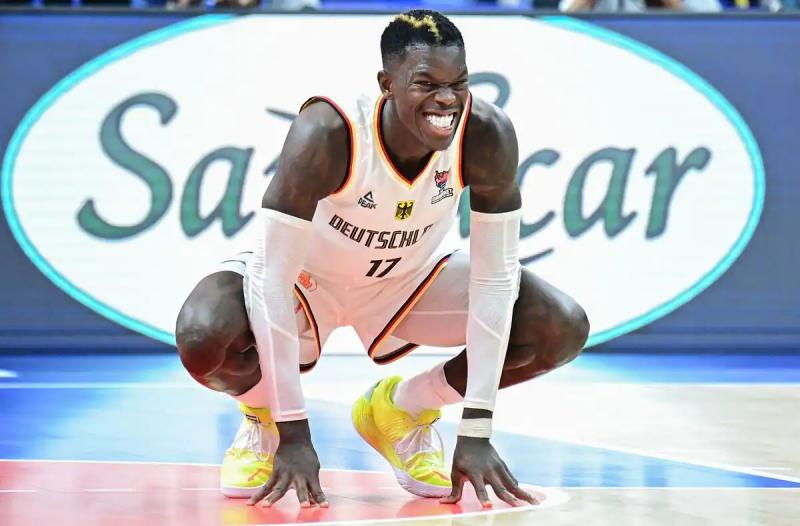 After leading Germany to a surprise victory over Greece and Giannis Antetokounmpo at EuroBasket, Dennis Schröder convinced the Los Angeles Lakers to give him a second chance.< /p>

Schröder's agent, Mark Barstelstein, confirmed everything to several media on Friday. The Lakers agreed to a one-year deal and $2.64 million – the minimum amount for a nine-year NBA veteran – to the 29-year-old.

Schröder split the final season between the Boston Celtics organization and the Houston Rockets organization. He averaged 13.5 points, 3.3 rebounds and 4.6 assists per game.

However, he still hadn't convinced a Silver Tour team to give him a contract before shining brightly at the EuroBasket, which brings together the national teams of the best European countries.

Schröder notably collected 26 points and eight assists to allow Germany to eliminate Greece and Antetokounmpo in the quarter-finals. Despite another inspired performance in the semi-finals, where he amassed 30 points, Schröder and his team saw Spain advance to the grand final on Friday.

The Braunschweig native also wore the colors of the Lakers in 2020-21. Prior to that, he played with the Oklahoma City Thunder and the Atlanta Hawks.

As a career, Schröder averaged 14.2 points, 2.9 rebounds and 4.7 mentions assists per game.