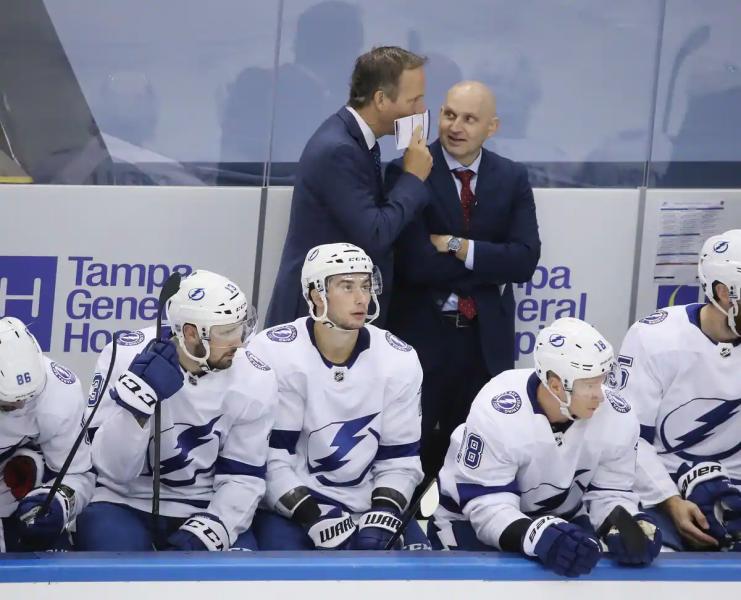 The Detroit Red Wings announced Thursday that Derek Lalonde, who until recently served as an assistant coach with the Tampa Bay Lightning, has been named the 28th head coach in franchise history. .

The Michigan club was looking for a new driver after cutting ties with Jeff Blashill on April 30. The Ontarian had been at the helm of the team since 2015.

Lalonde will be in his first job as head coach in the National Hockey League, having won two Stanley Cups as a second to Jon Cooper. The American has notably led in the USHL, ECHL and the American League.

“He proved to be an excellent coach at all levels and spent four seasons in the National Hockey League in a very successful program in Tampa Bay. We believe he is ready to take this next step in his career as head coach of the Detroit Red Wings,” general manager Steve Yzerman said in a statement.

The latter and Lalonde rubbed shoulders with the Lightning in 2018-2019, when Yzerman became special adviser, after several campaigns as GM.

Lalonde, a native of New York State, coached the Toledo Walleye from 2014 to 2016, a Wings-affiliated team in the ECHL. He then joined the Iowa Wild for two seasons, helping the Minnesota Wild farm to a 69-58-17-8 record.

In 2021-22, Detroit missed the playoffs for a sixth straight year. The Red Wings finished sixth in the Atlantic Division, 26 points from a spot at the spring ball.

“I am ready to work with our group. The future is very bright in Detroit,” said Lalonde.