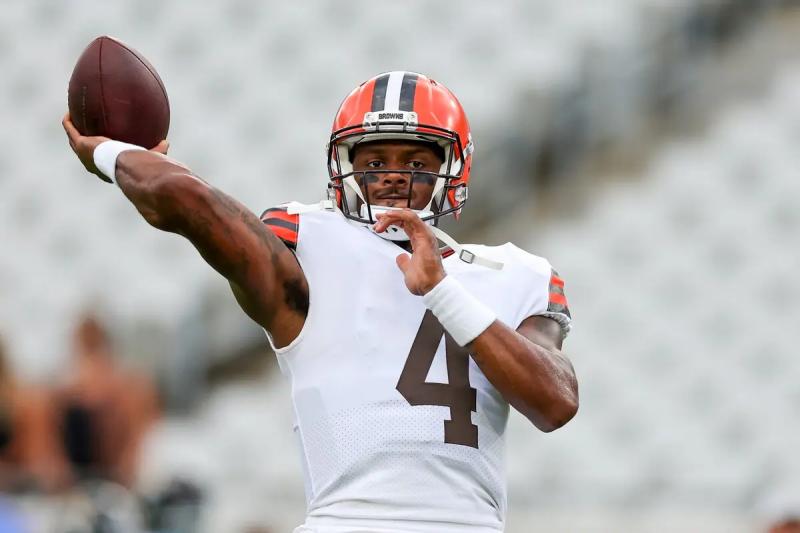 Cleveland Browns quarterback Deshaun Watson will eventually miss the first 11 games of the next NFL season and will have to give up $5 million.

The NFL Network confirmed the whole Thursday noon, stating that the league and the star player had reached an agreement on this subject. Consequently, he will be eligible to return to competition during the 13th week of the regular schedule, when his team will face the Tennessee Titans. In addition, the amount he will have to remit will be sent to charities.

The case of the former Houston Texans traded to the Browns during the offseason has been widely talked about in recent months. At the heart of allegations of sexual misconduct against more than 20 massage therapists, Watson had been sentenced to six meetings following a decision by Judge Sue L. Robinson, except that the Goodell circuit appealed the whole thing, considering the penalty too lenient. A former New Jersey attorney general, Peter C. Harvey, was expected to deliver the final verdict, but obviously he won't have to. participated in Friday's preseason game against the Jacksonville Jaguars. Hailed by the Florida crowd, he completed just one of his five passes for gains of seven yards.