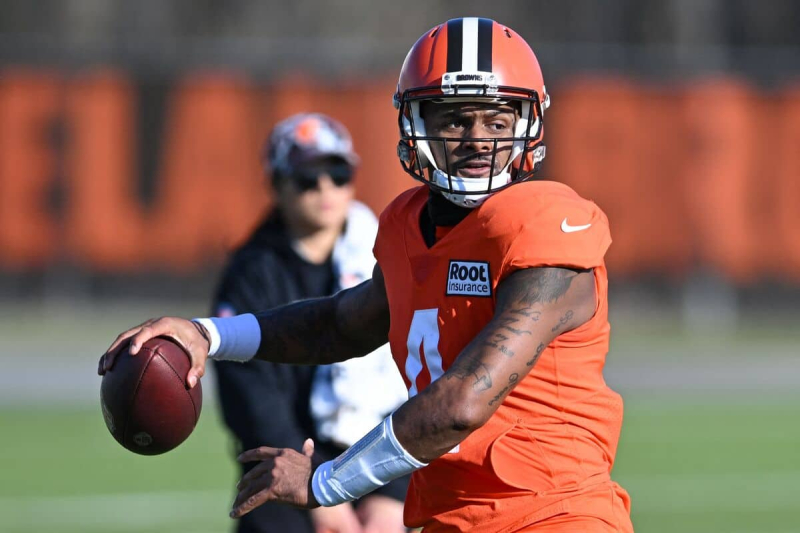 Cleveland Browns quarterback Deshaun Watson had his name added to the team's active roster of 53 on Monday, paving the way for his return to action for the next game of his family.

The 27-year-old athlete will also make his return to the game on Sunday, December 4, in Houston, against his former team: the Texans. Browns head coach Kevin Stefanski has already confirmed that Watson will be the starter and that Jacoby Brissett will return to a backup role, having taken over the first 11 games.

Watson doesn't hasn't played a single game in the NFL since Jan. 2, 2021, a nearly two-year hiatus.

Watson originally asked to be traded from the Texans before the 2021 season had even started. the inability to compromise him, the Texans had then benched him, then suspended when the scandal about him was revealed in broad daylight. He has been accused of sexual misconduct by more than 20 women.

It is for this reason that he received an initial six-game suspension for violating the good conduct policy of the league, before having this suspension lengthened to 11 games after an appeal from the NFL.

“I believe that Deshaun has the support of his teammates and the support of the organization , mentioned Stefanski, whose remarks were taken up by the NFL site. Right now, all of his attention – and all of mine – is on the game against Houston.”

In his final season in the NFL, 2020, Watson completed 70.2% of his stints, for 4,823 yards and 33 touchdown passes, three personal bests. He had just seven interceptions, his lowest total in four seasons on the Goodell circuit.