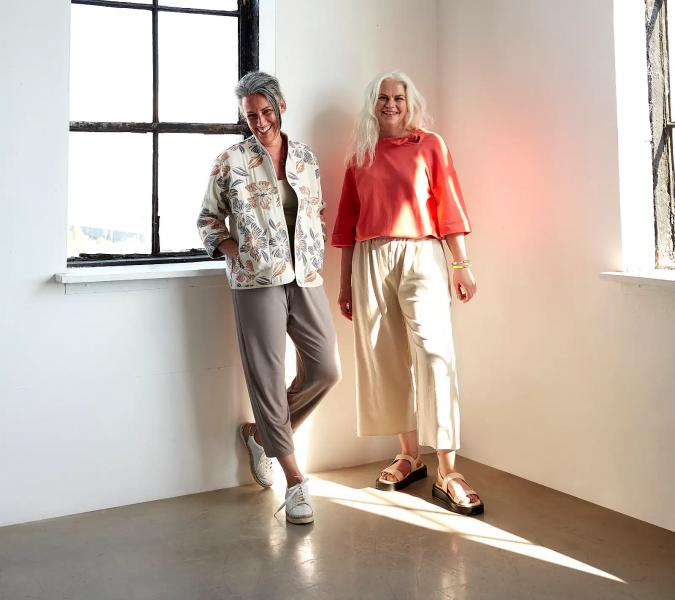 Two Quebec designers intend to leave their mark with the latest trend in fashion, the “workleisure ”.

Leila Ligougne is from Quebec. She has been based in New York for 24 years. For this project, she is working with Julie Magnan from Montreal, also a designer and longtime friend.

“During the pandemic, people started working from home. They no longer necessarily had to make the same effort to get dressed. As long as the top goes into Zoom, it's okay. But after two years of that […], people also realized that if they didn't take the time to get ready properly in the morning, they didn't have the same attitude at work, ”sums up Ms. Ligougne.&nbsp ;

Each piece of the Juleï collection, which was presented for the first time in Montreal last week, is made in Quebec. With the return to the office in hybrid mode for many, designers wanted to create a more sophisticated collection of clothing than the famous sweatpants.

“There is a paradigm shift in society. . There is a new social norm that is not about to change. We work more at home,” adds Julie Magnan, co-founder of Juleï.

“The work leisure, it's a garment with which you can jump in your car and go to the office without having to change. So it also limits consumption. Instead of having a garment for work, a garment for leisure, it is a wardrobe.

“It's more than comfort, it's reassurance,” she adds.

The in-between didn't exist really before, according to the two designers. Telecommuting has created this need.

Mrs. Ligougne is convinced that taking care of yourself and your appearance has a positive impact on productivity at work.

“I've even heard from people that they don't want to be in socks when they're on Zoom because they don't feel quite up to it. »