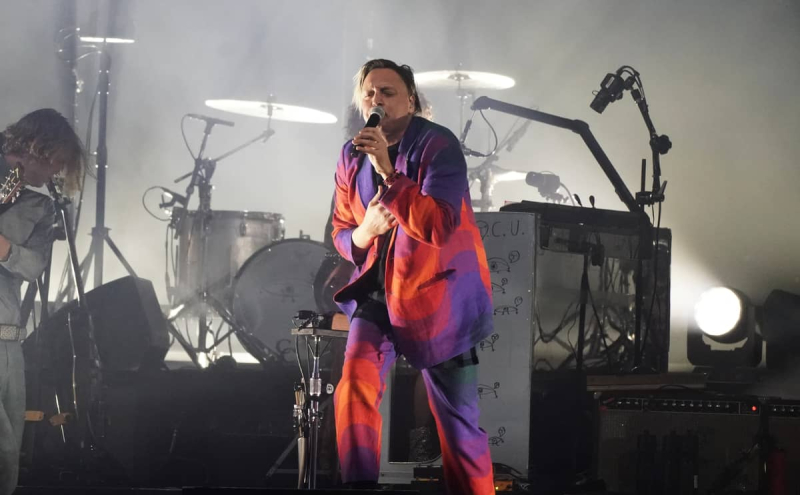 Arcade Fire's WE tour wrapped up Saturday, in Montreal. While it was thought that the musicians would take a long break to think about their future – singer Win Butler being targeted by allegations of sexual misconduct – the group has already been confirmed at a festival in Spain next summer.

Arcade Fire is one of the three headliners of the Cala Mijas festival, which is due to take place from August 31 to September 2, 2023 in Costa Del Sol, in the Spanish province of Malaga.

The festival announced its lineup on November 17, which also includes Florence + The Machine, The Strokes, Foals, Metronomy and Amyl & The Sniffers. By then, the allegations about Win Butler had already been known for months. A fifth victim of the singer, however, came out publicly on November 22.

This only confirmed date for 2023 for Arcade Fire is not yet mentioned on the band's website.

Will other festivals emulate Cala Mijas by programming the band next summer? An international touring manager who is close to Arcade Fire told Billboard magazine that festival organizers would likely re-evaluate their decision to put them on their lineup. It is normally in December that the programming is finalized for next summer.

Since the start of its world tour, which began on August 30 in Dublin, Ireland, Arcade Fire has been extremely low-key on social media. On its official Instagram account, the formation has published only one short message since the end of August: the announcement of a special concert on the Neon Bible album in New York, in October. She wrote absolutely nothing on Facebook or Twitter.

The radio silence of Win, Régine and their companions since the publication of the first article by the American media Pitchfork weighs heavily on many fans of the group. In the past, Arcade Fire had always been the first advocate for several social causes. The group still continues to support the KANPE Foundation.

Some would believe that after the forty or so tumultuous shows that the group delivered this fall in Europe and North America, a long break would be beneficial for 2023. And that may be what will happen. The musicians were undoubtedly affected by the scandal that hit this summer.

On the other hand, Win Butler is not currently the subject of formal charges in this story. He has every right to continue giving concerts. And as we saw on Saturday at the Bell Center, thousands of people have no problem going to applaud him. The musician could therefore very well continue the concerts on a regular basis with Arcade Fire next year.

But will the group embark on another arena tour soon? Nothing is less sure. Promoters surely won't want to play with fire risking millions of dollars in the near term future.