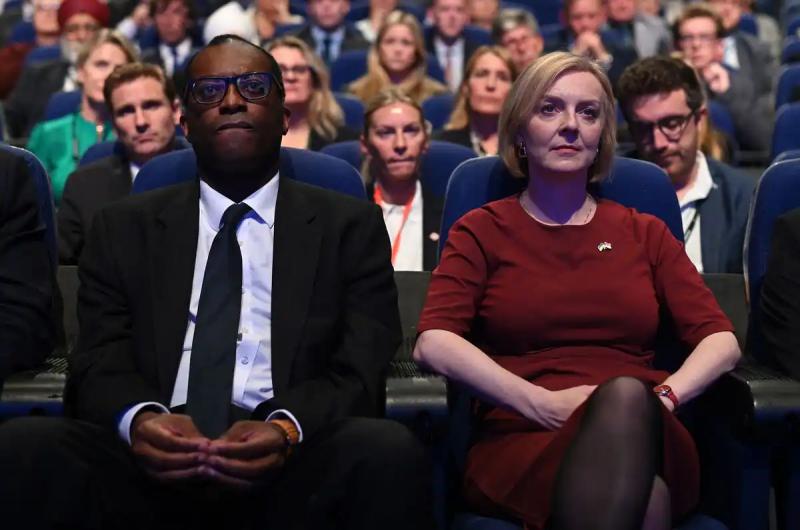 UK Finance Minister Kwasi Kwarteng rules out any change of course on massive tax cuts whose announcement has had dire repercussions, according to excerpts from his expected speech to the party convention on Monday curator.

Defended by Prime Minister Liz Truss, who nevertheless acknowledged that the government should have “prepared the ground better”, the plan presented on September 23 by Kwasi Kwarteng led to a fall in the pound and misunderstanding of the financial markets which fear an explosion of the debt.

Aiming to deal with the cost of living crisis, this “mini-budget” provides for the freezing of energy bills and massive tax cuts for the richest, with the stated aim of to stimulate growth.

“We must stay the course”, according to extracts from his speech broadcast on Sunday evening, the Minister of Finance, showing his confidence that the government project is “the right one” .

Citing exploding energy bills, fiscal pressure at its highest “for 70 years”, Kwasi Kwarteng believes that a “new approach” was necessary, “based on growth”. “We will show that this plan is sound, credible and will increase growth”, “it is my promise to this country”, he must declare from the podium at the Conservative Congress in Birmingham (central England).< /p>

In power for barely a month, Liz Truss has seen the disastrous polls accumulate two years before the 2014 general election: a recent YouGov study gives the opposition Labor 33 points and according to another, one in two Britons (51%) want her to resign.

The distrust aroused by this “mini-budget” is such that it even suggests a possible rebellion within the Conservative party itself when the text is submitted to the vote in Parliament.

Heavyweight of the majority, former minister Michael Gove judged Sunday on the BBC that “to have as main tax measure the reduction of tax for the richest, it is to put forward bad values”.

At the time of the opening of the congress on Sunday in the middle of the day, several hundred people demonstrated to the cry of “Tories out”, or “speak it up and strong, the Tories are not welcome here.”

From the podium, influential rail unionist Mick Lynch called the he current situation in the UK of 'class struggle', calling on the 'working class to take action to 'change the country' and 'change society'.