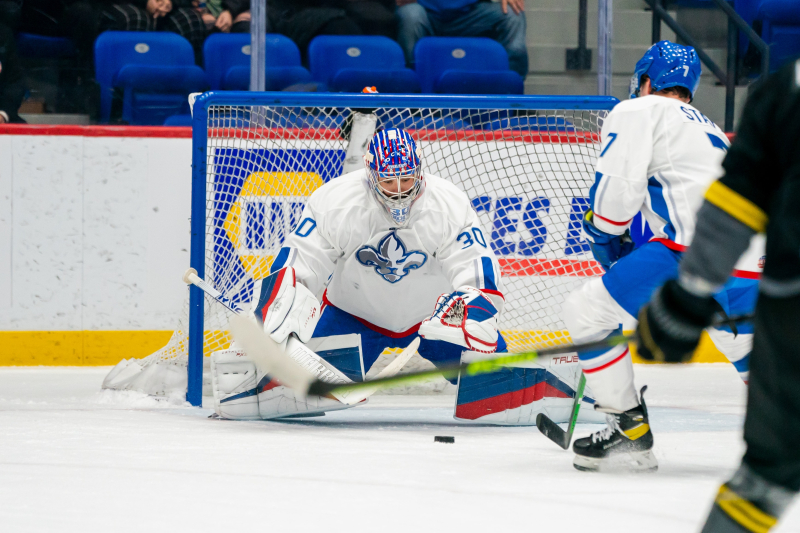 The Worcester Railers came up against an in-form Philippe Desrosiers on Wednesday at the Colisée Vidéotron, and the Trois-Rivières Lions won 4 to 1.

Desrosiers was perfect in the first two games, stopping 21 pucks. A perfect shot from Quinn Ryan in the third period colored the shutout for the Quebecer, who finished the game with 28 saves.

From the start of the game, Anthony Beauregard lodged the puck under the arm of Henrik Tikkanen to open the scoring. The native of Saint-Damase has thus hit the target in the last three games.

Before the conclusion of the first twenty, defender Philippe Bureau-Blais threaded the needle for the first time in his 31st meeting in the uniform of the Lions. His backhand shot, seemingly innocuous, deceived the vigilance of Tikkanen.

Olivier Galipeau continued the Quebec domination early in the second period. He flashed the red light with a veiled shot low on the icy surface.

William Leblanc confirmed the victory for the hosts by sliding the disc into an abandoned cage.

Thus, since the resignation of Éric Bélanger and the arrival of Marc-André Bergeron as interim head coach, the Trois-Rivières team posted a positive record of 4-2-0.

The Lions will head to Maine on Friday, to face the Mariners there twice in 24 hours.