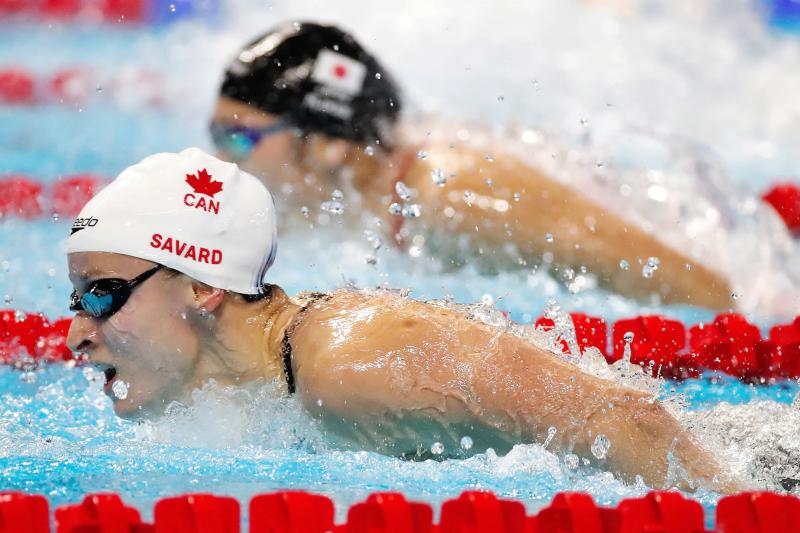 In order to get out of the slump in which the development of the elite has been bathed for several years, the Quebec Swimming Federation (FNQ) has called on the services of the company Better Sport to bring corrective measures and identify potential solutions.

For the moment, Katerine Savard and Mary-Sophie Harvey are the only ones who keep the fort on the international scene having taken part in the Tokyo Olympics and the last world championship, but the next generation is not jostling in the starting gate.< /p> “We are at the bottom of the wave, recognizes the director general of the FNQ Francis Ménard who has been in office for a year. We have a good number of swimmers [between 10,000 and 11,000], solid clubs, many volunteers and a good budget, but we cannot produce top athletes. What didn't we include in the recipe? »

“We have established a strategic plan with a list of projects and objectives in order to return to performance on the Canadian and international scenes, continued Ménard. We have to make sure that we are going in the right direction and clearly document our objectives. This is where we need help to establish a real game plan. »

It was to see things more clearly that the FNQ retained the services of Better Sport, a firm based in Ottawa and directed by André Lachance and François Rodrigue.

Ménard was impressed by the work done with Baseball Quebec. The firm's clients include Rugby Canada, Gym Canada, the CFL and USports.

“Baseball Quebec is the best federation in Quebec,” he says. Three years ago, Better Sport produced a report with 100 recommendations. Baseball Quebec demonstrates leadership, obtains good performances and relies heavily on innovation by taking science into account to optimize the development of its athletes. »

The work began last May with the evaluation of the internal performance of the Federation. Better Sport conducted between 20 and 30 interviews with athletes, coaches, officials and volunteers.

“It is a process completely independent of the Federation and we will receive the results within two to three weeks, underlines Ménard. The review of scientific studies is done at the same time. This will be followed by interviews with the Australian and Ontario federations which are experiencing great success. The recommendations will fall next March. »

“The imbalance is too great with Ontario, which produces many high-level swimmers, deplores Ménard. We must determine what Ontario and Australia are doing well and see what can be adapted to Quebec. »

Quebec finished 4th in swimming at the last Canada Games.

“In Quebec, there are no volunteer coaches and clubs have to generate revenue to pay salaries,” he says. One way to generate income is to organize competitions which can raise between $10,000 and $20,000 for the biggest ones.

“Starting in October, there will be seven competitions per weekend,” continued Ménard. It puts pressure on swimmers who swim often. Is there a conflict between the optimal development of athletes and the corporate needs of clubs? “

Ménard does not close the door that the Federation must assume some of the responsibilities.

“We are talking about clubs and coaches, but it is possible that the responsibility development issues rests 100 percent with the Fed. We will see the recommendations, but I have freedom of action because I am not attached to the middle.