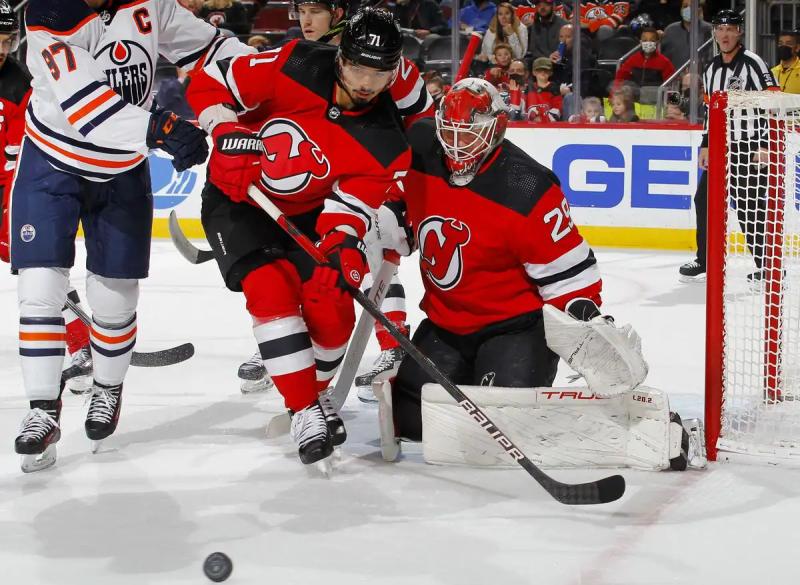 The New Jersey Devils have been looking for stability in net and they hope to have solved a problem with the hiring of Vitek Vanecek, who should alternate with Mackenzie Blackwood this season.

For the Devils, who haven't made the playoffs since 2018, the situation at this position has been a nightmare in 2021-22. Blackwood was injured and a total of seven goalkeepers, including Jonathan Bernier and Andrew Hammond, were used by head coach Lindy Ruff.

After a group discussion involving Martin Brodeur among others, the Devils hockey staff concluded that the days of one goalie playing almost every game were well and truly over.

“We really need two goalkeepers, Ruff explained in an interview with the team's official website. We need two guys who are willing to play, consistent, and ready to make a difference for us.”

“The backbone, for almost any team looking to achieve anything in this league, is the importance of having constant guardians. And then you improve all the other facets around that.”

Ruff now hopes the club will be able to improve their defensive game to prevent the two masked men from being overstretched.

“Our strength is our speed and our attacking creativity. But at the same time, we want to improve some of our game away from the puck, so those guys don't have [to deal with] as many chances as they used to.”

Ruff also had very good words for all the newcomers, namely Ondrej Palat, Brendan Smith, Erik Haula and John Marino. He also said he was optimistic to see former Drummondville Voltigeurs and Chicoutimi Saguenéens Dawson Mercer take a new step in his development in his second season in the National Hockey League (NHL).

Mercer, selected 18th overall in the 2020 Draft, has 17 goals and 42 points in 82 games, while posting a -25 differential. Ruff now wants to help the 20-year-old Newfoundlander continue his progress.

“He was lucky to have a full year in his first season; he's had his ups and downs, but he's playing the right way, Ruff argued. He has incredible vision and when he has the puck, he's not afraid to hang on to it. So, you know, he's got a lot of good stuff going on. Like any young player, he needs to improve […] and I would like to put him on this path where he keeps improving.”