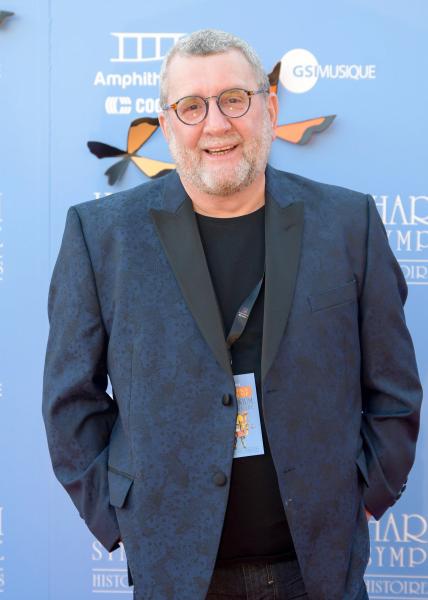 Régis Labeaume and Sophie Faucher will spin the turntables, on October 21, at Le Diamant, during the benefit Happening of the theater company We are here.

Event in place since 2018, Pierre Brassard, Florence Longpré, Marc Labrèche, Léane Labrèche-Dor, Geneviève Borne and Sophie Cadieux have been the guest DJs for the latest editions.

“The idea of ​​inviting Régis Labeaume had been floating around in my head for a while. He retired from public life, he is a good communicator and an entertainer. It’s something that also piques curiosity,” said Alexandre Fecteau, general and artistic director of We are here, Quebec theater company.

Without having been involved in the process, he specifies that the ex-mayor was not difficult to convince.

Régis Labeaume and Sophie Faucher will work together to determine their musical choices. This will be a first for the former mayor of Quebec and also for the actress.

Alexandre Fecteau has absolutely no idea what they are going to play. He wants to find out, on site, on October 21.

“I don't get involved. The idea is for it to be something that looks like them. The public, curious and indulgent, will be there to have fun. He does not expect a performance from professional DJs. He will be there to live a unique moment. I know we're going to have fun,” he said.

This Happening, which aims to raise funds for the We Are Here theater company, saw the day in 2008. It could not take place in 2020 and 2021 due to the pandemic.

We will also find artists from Quebec City who will offer artistic performances during this extraordinary evening which will combine dance and cocktail reception. There will be theatre, slam, opera, circus and drag between 7 p.m. and 1 a.m.

The Happening was usually presented at the House for the dance in the Saint-Roch district. It will move to Le Diamant in order to accommodate more people.

This event is of significant importance for this Quebec theater company.

“It’s huge. Especially in the context of a pandemic where public funding is no longer progressing so quickly. This activity is an opportunity to demonstrate our dynamism and seek the support of the community. We are a company from Quebec, in Quebec, which works with people from here and which wants to continue to create”, he dropped.

► < strong>Tickets, at a cost of $100, including appetizers and a few cocktails, are on sale on the company's website We are here and on lepointdevente.com.< /strong>