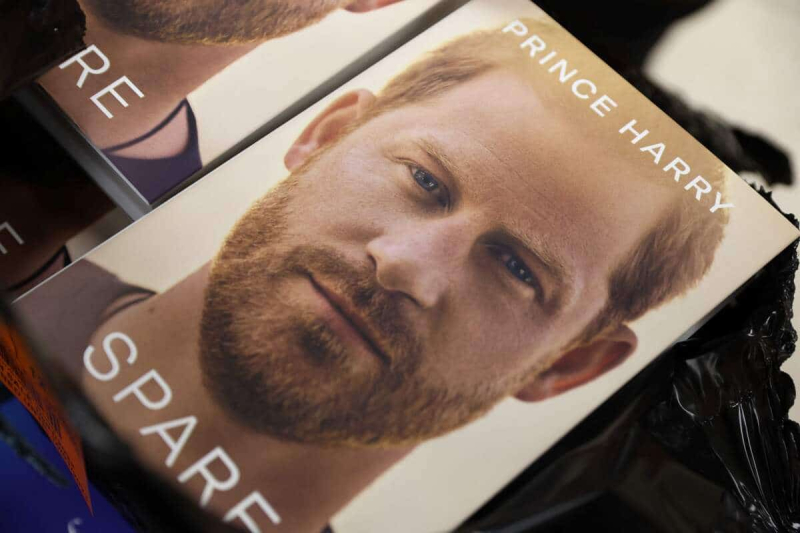 The painful memory of his mother, his tensions with his family, his experience in Afghanistan: here are key excerpts from Prince Harry's autobiography published Tuesday in 16 languages.

These quotes are from from the French translation published by Fayard.

(His father tells him of Diana's death): “He was standing beside the bed, his eyes downcast. He looked like, with his white nightgown, a ghost in a play. (…) He put a hand on my knee. My dear child, Mom was in a car accident.”

“What I remember, with stunning clarity, is that I did not cry. Not the slightest tear. Dad didn't hug me. (…) But he put his hand on my knee again, and he said: I'll be fine.”

(During a visit to Paris in 2007, Harry asked his driver to cross the Alma bridge underground where Diana died):

“At 110 km/h, to be precise. 110. Yes. The exact speed Mom's car was traveling at, according to police, at the time of the accident. (…) I had always imagined it as a treacherous place, dangerous by nature, but it was just a simple short tunnel. No reason for anyone to die here. (…) Later, after having slept, I called Willy to tell him about my night. I didn't teach him anything. This tunnel, he had gone through it, too.”

(He shares doubts with his brother about the investigation which implicates just the driver):

“We were going to issue a statement, asking together for the reopening of the investigation. Perhaps, organize a press conference. The high authorities dissuaded us from it”.

“Two years my senior, Willy was the Heir; me, the Substitute. It was not only the press that spoke of us in these terms, even if they did not hesitate to do so. Dad, Mom and Grandpa often used them too. And even Grandma. The Heir and the Substitute, no judgment in these nicknames, but no ambiguity either. I was the shadow, the understudy, plan B.”

“Meg (Meghan Markle, Prince Harry's wife, Ed) is difficult, he said. (…) He put down his glass, threw another insult at me, then threw himself on me. It all happened so fast. So fast. He grabbed me by the collar, breaking the collar I was wearing in the process, and threw me to the ground. I fell on the dog bowl, which broke under my weight and the pieces cut into my back.”

(During a discussion with William and Charles in 2021):

“The conversation escalated to the point that Dad finally put the kibosh on it by putting up his hands. That's enough! He stepped between us, staring back and forth into our faces crimson with anger. Please, boys, don't make my last years a nightmare.

“I looked at Willy (…) Everything appeared to me as a whole: the annoyed expression he had always affected in front of me; his disturbing baldness, more advanced than mine; his famous resemblance to Mom, which dissipated over time. (…) My beloved brother, my arch-enemy, how could we have come to this?”

(About their first meeting):

“I said to myself: it’s nothing. Like a sting. (…) I keep from this meeting the vague memory of a Camilla as calm (or stunned with boredom) as me. (…) I remember wondering, just before we met, if she would be mean to me. If she was like all the horrible stepmothers in fairy tales. It turned out not.”

(About her and William's opposition to Charles's remarriage):

“We accept Camilla, we told her. But please don't marry her. Just be together, Dad. He did not answer. But she does. At once. Shortly after our summary introductions, she embarked on a long-term operation, entering the campaign to accede to the status of wife and, ultimately, to the Crown.

“My figure, therefore: twenty-five (killed, editor’s note). I got no satisfaction from it. But I wasn't ashamed of it either. (…) In the heat and fog of combat, these twenty-five downed targets did not appear to me as people. Without it, you can't kill. We cannot hurt. They weren't people, but chess pieces being removed from the board, bad guys being wiped out before they killed good guys.”

His costume scandal Nazi in 2005

“I called Willy and Kate to ask their opinion. The Nazi uniform, they answered together. I rented it, along with a fake mustache to add a layer of ridiculousness, and went home. I tried on my costume. Kate and Willy squealed with laughter.

Drugs and Loss of Virginity

“I was definitely taking cocaine at that time. At someone's country house, during a hunting weekend, I had been offered a rail, and I had consumed it on other occasions since. It wasn't all that fun, and it didn't particularly put me in the same state of euphoria as everyone else around me apparently, but it did make me feel something different.”

(His deflowering at the same age):

“A very recent episode, and not very glorious, with an older woman. She loved horses, passionately, and she treated me a bit like a young stallion. A quick break-in, a little slap on the butt and presto, she had sent me back to the paddock. A detail, among all those, many, which had made this experience a disaster: it had happened outside, in a field of grass, behind a crowded pub”.