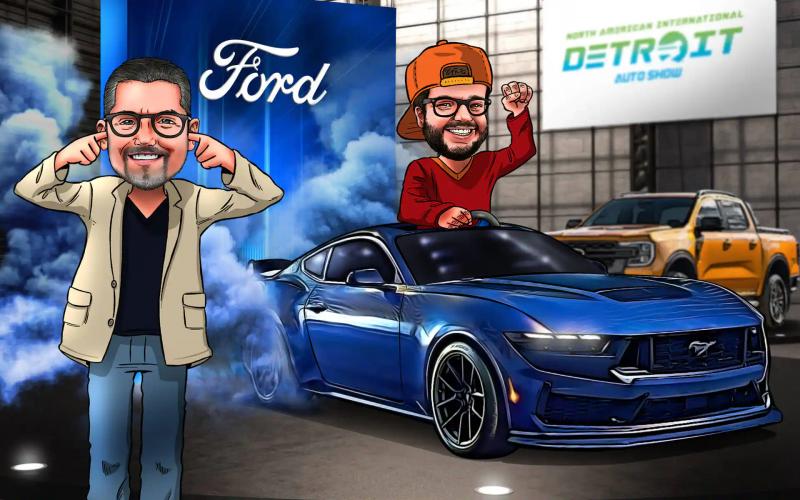 Last week, the city of Detroit hosted its first auto show in just over three years.

Following this long break caused in particular by the pandemic, all were eager to return to Huntington Place. However, the enthusiasm quickly faded since the 2022 edition was, in reality, only a reflection of what the show has already been in the past.

< strong>A show that was already struggling

Before the pandemic, the Detroit Auto Show was already experiencing some difficulties and we had to manage this decline.

< p>“ The last Detroit Auto Show took place in January 2019. For the following edition, we had the idea of ​​​​postponing the event to the summer of 2020. With the Covid-19, it never happened,” says Antoine.

“We took this initiative given that we were experiencing a certain decline. We were in great questioning. In particular, we had to compete with the CES (Consumer Electronics Show) which also took place in January and where car manufacturers are increasingly present,” adds Germain.

In addition, the New York and Los Angeles' auto have also grown in importance, reducing the pie share of Detroit's.

Only five manufacturers present on site

An auto show is not much if the car manufacturers are not present. Alas, in this new formula of the Detroit Auto Show, there were many absentees.

“The big surprise on arriving on site was to find that there were only five car manufacturers present. The three American giants were present: Stellantis, General Motors and Ford. As for the Japanese brands, we had Subaru and Toyota. And it stopped there,” laments Germain.

What’s more, there were too few major unveilings. Chevrolet presented the 2023 Tahoe RST Performance while Chrysler notably lifted the veil on the 2023 300C with the 6.4L HEMI V8 engine. Unfortunately, the Jeep booth did not include the new electric prototypes for which the craze is very large.

On the other hand, Ford reserved the 2024 Mustang for us. It was the only major unveiling.

What future awaits this show?

Obviously in decline, this event was once a must. “I haven't missed an edition since 1997. I saw retro fashion in the early 2000s with the unveiling of vehicles like the Volkswagen New Beetle, Ford Thunderbird, Chrysler PT Cruiser,” recalls Anthony.

Then, the years passed and manufacturers gradually abandoned the show to achieve the result we know now.

Finally, with the situation of shortage of new vehicles that we are facing, the he idea of ​​an auto show as a marketing tool for a manufacturer is less and less conceivable. Thus, Antoine and Germain say they are not very optimistic about the future of the Detroit Auto Show and that of Montreal, which is scheduled for January 2023.

During this show, we also talked about the Ferrari Purosangue, the end of the Ram 1500 EcoDiesel and the Subaru Crosstrek 2024.

The two animators give their impressions of the Volkswagen IDs. 2023 Buzz and Mazda MX-5 2022 recently tested.