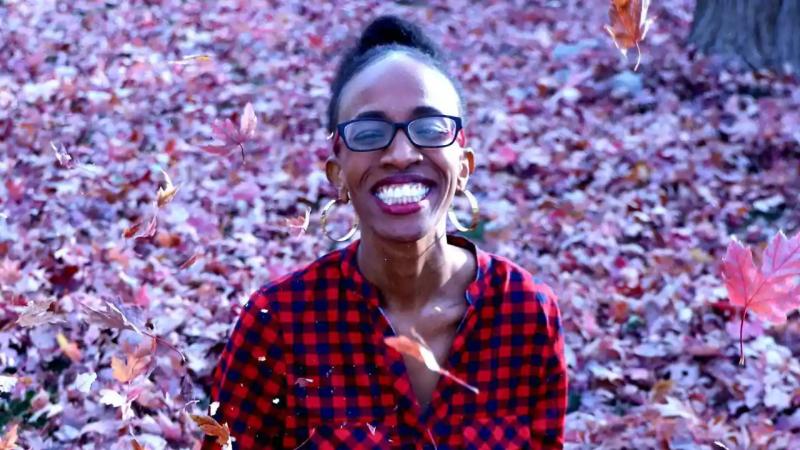 A Kenyan woman who moved to the United States to live out a romantic dream has not been seen since February. His disappearance aroused suspicion in his family, more than 14,400 kilometers away.

Irene Gakwa met Nathan Hightman on a Craigslist forum. The latter was recently charged with financial crimes against her.

The couple lived together until recently in Gillette, Wyoming. Between February and March, the spouse transferred nearly $3,700 from the woman's bank account to his own and spent an additional $3,230 on his credit card, according to court documents.

The loved ones shattered

The African's last videoconference with her parents took place on February 24, a discussion filled with sweet antics. But behind the jokes, there were hints that something was wrong.

When her face appeared on the phone screen, her father, Francis Kambo, teased her that she looked hungry and tired. Her smile was more subdued, he noted. Her short hair, usually braided, was rumpled.

“Make sure you drink hot milk and relax,” he whispered to her from Nairobi, the Kenyan capital.

A month later – less than three years after Gakwa left Kenya for the United States – his family reported him missing. At the time of the WhatsApp call, Gakwa's parents were unaware that she was living in Wyoming with a man she had met on a dating forum.

They also had no no way of knowing that police would later charge the man with withdrawing money from his checking bank account, overcharging his credit card and deleting his email account. They even less imagined that six months would pass without a word from her.

“She's always been a daddy's girl,” Francis Kambo said in a recent phone interview with CNN from Nairobi. The father then took a deep sigh.

“She was supposed to be home for Christmas this year. I was going to buy her ticket myself for her to come if she couldn't afford it,” he added, his voice shaking.

“Now I don't know if I will see her again one day.”

Irene Gakwa's worried family spans two continents. His parents live in Nairobi while his two older brothers, Chris Munga and Kennedy Wainaina, live in the town of Meridian, Idaho, a suburb of Boise.

His father began to worry in late February when she failed to return repeated video calls. It was unusual for the 32-year-old, who spoke to her parents every other day.

The couple constantly drive 12 hours from their home in Meridian, Idaho, to participate in local searches.

The text messages sent from the 32-year-old's device sounded strange, according to her family. Instead of writing in a mix of Swahili and Kenyan, the messages were in stilted English — as if someone was using Google Translate to send them, said Wainaina, his older brother.

At the beginning of March, the parents received short messages via WhatsApp, some of which were pretexts to explain why she was not making video calls.

< p>“Dad I dropped my phone in the water and now the microphone doesn't work,” they received.

Another read: “I just want you to know that I love and miss you and mom.

Her boyfriend told the police that she did her suitcases and that she was gone. The last message to parents came on March 9, her father said.

The three siblings share a family cell phone plan. After Gakwa's brothers were unable to reach her, they went through her phone records and called a close friend she had spoken to several times.

That's how they discovered that she was living with her boyfriend, Nathan Hightman, 39, in a modest three-bedroom house in Gillette.

The couple had formed in 2020, but had broken up several times, Wainaina said. Her brothers believed they had separated and were unaware that the couple had rekindled their romance and moved in together.

His brothers reported his disappearance to the Gillette Police Department on March 20 and an officer spoke to Hightman the same day, according to an affidavit.

Spouse told officer he last saw Gakwa in late February, when she came home one evening, packed her clothes in two plastic bags and left them in a colored SUV dark, according to the affidavit.

He told police he had not heard from her since. He also said he withdrew money from her bank account so she would have to contact him if she needed the money, according to the affidavit.

Hightman did not failed to respond to the brothers' request to return his belongings to their home, Wainaina said. They implored him to give them his documents, including his Kenyan passport, but Hightman refused, Wainaina added.

A person of interest

The man is considered a person of interest in his disappearance and has “not made himself available to detectives seeking to resolve any questions that exist in the investigation,” Gillette Police said in a statement.

“We believe he has information regarding Irene's disappearance, but he has chosen not to provide that information to law enforcement at this time,” Gillette Police Detective Dan Stroup.

CNN made several attempts to reach Hightman, but did not respond. CNN also left messages for her rep, Dallas Lamb, but did not hear back.

Hightman has not been charged with Gakwa's disappearance, but is suspected of financial crimes against her since his disappearance.

Gillette police arrested him in May and charged him with two counts of theft, one count of unlawful use of a credit card and two counts of felonies. against intellectual property for allegedly changing her bank account password and deleting her email account after she disappeared.

He also changed her bank passwords and deleted her Gmail account , according to court documents. All of the changes were made from an IP address associated with Hightman after the date he told police Gakwa had moved, according to the probable cause affidavit.

Hightman pleaded not guilty to all charges and was released on $10,000 bond. His pre-hearing conference is scheduled for November.