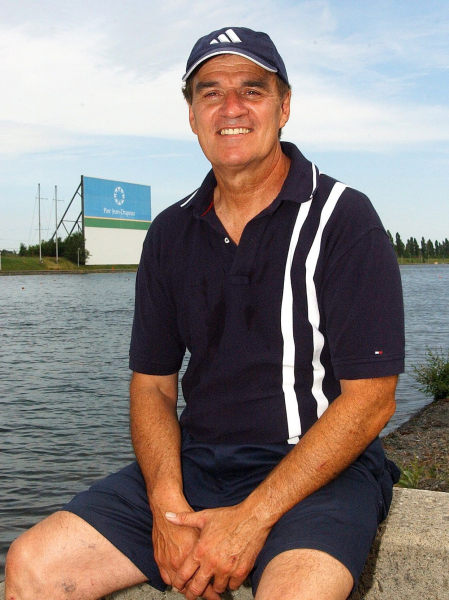 The Munich Games were not a memorable experience for Jean Barré, who has fond memories of his presence in Germany and of the tension in the weeks leading up to his departure.

Qualified in K-2 and K-4 1000 m with his brother Denis, Barré was threatened by the Deputy Minister of the High Commission for Youth, Leisure and Sports with losing his employment if he was absent to take part in the Olympic Games.

We see him taking part in the Montreal Games with Steve King.

It took an intervention in high places for him to leave for Europe with peace of mind. The father of two young children, he wanted to make sure that he was not deprived of his salary during his absence or that he was simply thanked, as the deputy minister's letter to his boss suggested.

“Two weeks before our departure, I regularly contacted the Deputy Minister to obtain the assurance that I was going to keep my job, but he did not answer me, says Barré who, two years earlier, had left a permanent job as an educator. physics at Cégep de Sainte-Foy to become a member of the public service as a contract worker. I contacted Minister Paul Phaneuf (the Liberal government of Robert Bourassa), who told me that it would come back to me. Two days before the departure of the Canadian team, he called me to congratulate me on my selection and wish me good luck. I was able to leave with my head in peace. »

Jean Barré was not at the end of his troubles. Landed in Germany with peace of mind, he however encountered another major pitfall that he still cannot explain 50 years later, even if he has certain suspicions.

“I was sick for five days before the competition without even being able to get out of bed,” he says. I had a fever, I was sweating to wring the sheets and I was unable to sleep. The doctor found nothing abnormal during my consultation. During a meal in the cafeteria of the Olympic Village, the person serving me nodded yes to the guy following behind me. When I was sick, I thought something had been put in my food.

Disappointed with his second Olympic experience after greatly enjoying his participation in the Mexico Games four years earlier, Barré nevertheless believes that this experience has served him well for the rest of
his life.

“I developed my resilience and my strength of character,” he explains. I have always been at the end of my convictions. You don't work 35 years in the restaurant business without having the face of a pig. »

Anchored in their memory

The attacks of the Munich Games are still fresh in the memory of the Barré brothers.

“These were very difficult times that we cannot forget, summarizes Jean, who was then 24 years old. We weren't prepared for that. Two days before the events, one of the Israeli athletes killed had eaten in front of me. We could see the bullet holes in the residence of the Israelis and from our balcony we could see the snipers pointing their guns at the attackers.

“We were asked to run to the cafeteria because the authorities were afraid that the terrorists had other athletes in their sights. When we woke up, we weren't sure what was going on, but everything changed quickly when the army and the police arrived. There was little information circulating and we were all on edge. “

“When we left the Village for the airport, we were practically running with our suitcases, to continue Denis, who participated in the 1976 Games in Montreal and missed those in Moscow in 1980 because of the Canadian boycott. You don't want to experience such events. As Canadians, we did not see the danger. It is completely different today. »