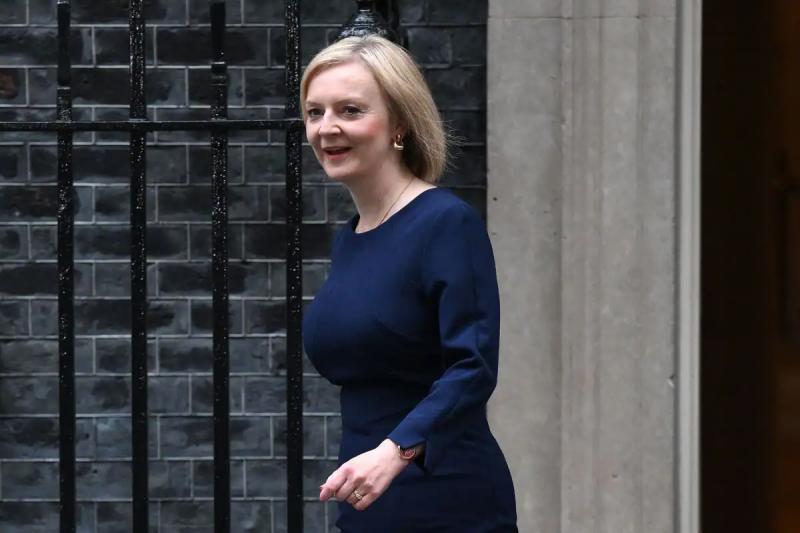 British Prime Minister Liz Truss took on Thursday the “controversial and difficult” measures taken by her government to support the economy, sweeping away calls to reverse the massive tax cuts that have placed the Kingdom United on the brink of financial crisis.

Less than a month after her arrival in Downing Street, the ultra-liberal Conservative leader is already in turmoil, racking up disastrous polls, slipping financial markets and now critics within the majority.

Liz Truss is coming out of several days of silence to defend the plan that has been causing the storm since Friday, including aid for households in the face of soaring prices and all-out tax reductions favoring the richest, all financed by debt.

< p>“We had to take decisive action to help people for this winter and the next. (…) We had to take urgent action to grow our economy, to move Britain forward, and also to deal with inflation, ”said Liz Truss on the airwaves of the BBC.

< p>Faced with concerns about the surge in credit rates for households, which some organizations have even decided to stop given the seriousness of the situation, she assured that her government “would put the loan back on track”, when from a series of television interviews on local BBC stations.

His Finance Minister Kwasi Kwarteng also assured that the government would stick to this “growth plan”.

Estimated by economists at an amount of 100 to 200 billion pounds, these announcements, the financing and impact of which remain unclear and not quantified by the government, have caused trouble on the markets. The pound plunged to an all-time low of $1.0350 on Monday. The interest rates at which the British State is indebted have soared.

They also provoked an exceptional warning from the International Monetary Fund, which explicitly asked London to reverse the measures concerning the lowest incomes. high, which risks “increasing inequalities” already high in the UK.

In an attempt to calm the storm, the central bank was forced to intervene in the markets, two days after assuring it would not act until its next meeting in early November, citing “real risks to financial stability”.

If the pound recovered sharply on Thursday afternoon, its evolution remained extremely volatile and the political damage is massive for the Conservatives, who are losing their reputation for economic credibility against Labour. The polls now give Labor a large lead, two years from the next legislative elections. And the press is beginning to speculate that Liz Truss will soon be ousted by her majority, less than three months after the resignation of Boris Johnson, pushed to the exit following “partygate”, the scandal of parties in Downing Street during confinements .

While calls are increasing for an emergency recall of Parliament, currently on vacation, the leader felt that she had put in place “the right plan”: “Of course, there are a lot of people with a lot of different opinions. But I don't think anyone disputes the fact that we have to take action to deal with a very, very difficult economic situation.”

She cited the highest level of taxation in 70 years and the international situation with the Russian invasion of Ukraine which caused energy prices to soar and caused a surge in inflation.

The United Kingdom, which knows the inflation rate the highest in the G7 at almost 10%, is already in recession according to the central bank.

Reflecting the mistrust of financial circles, the former Governor of the Bank of England, Mark Carney, has also criticized the government's measures on the BBC: “Unfortunately, having a partial budget, in these circumstances – difficult global economy, difficult position in financial markets, working against the grain with the Bank – has led to movements quite spectacular on the financial markets”.