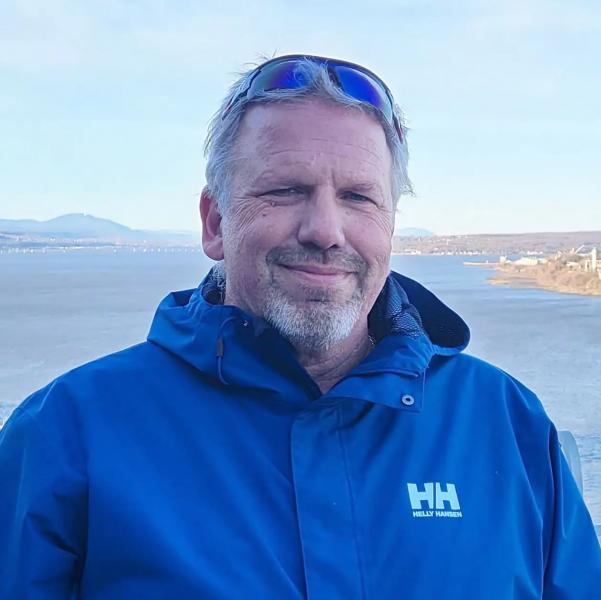 This article is part of a dossier on the dozens of workers who have been punished since the start of the pandemic for their anti-vaccine remarks, anti-sanitary measures or for having failed to respect certain rules. Speakers explain the need for these sanctions while others denounce a “slippage”.

The questionable or downright eccentric remarks of certain professionals who faced their order were able to reach thousands of people, whether because they are part of the leaders of the Quebec conspiracy or because they expressed themselves in the media. .

Some question the authority of their Disciplinary Board, suggesting that its decisions are controlled by the government.

“Look at this. Legault is using the order of CPAs [chartered professional accountants] to attack me, ”ex-accountant Stéphane Blais published in June 2020.

When we look at the careers of certain leaders of the conspiratorial movement, we note that many were dissatisfied with the position they occupied within society, explains Martin Geoffroy, of the Center of Expertise and Training on Religious Fundamentalism, Political Ideologies and Radicalization at Cégep Édouard- Montpetit.

By creating their own “micro-universe”, these influencers can feel like very important people, he analyzes.

“A chip will be inserted in the upcoming vaccine” which will be used to “control us remotely”, is one of the things he said in his videos at the start of the health crisis, in the spring of 2020, when he advertised himself as a chartered accountant (CPA) on social networks.

More than 100,000 people have subscribed to his “Chronicler – free thinker” Facebook page. He was also the organizer of an anti-sanitary measures demonstration in December 2021.

As early as 2017, he had received a warning from the trustees of the CPA Order inviting him to limit himself to his expertise in their videos and adopt a “professional attitude”.

“[Mr. Pilon] comments that Bill Gates knows about computer viruses, so he knows how a virus works,” reads the November 10, 2020 judgment.

“I think they [ the Order] do not deserve me […] I was the best ambassador with 350 capsules presenting myself as a CPA and I received no recognition, ”he complained in a video from April 2020.&nbsp ;

In a telephone interview with Le Journal, however, he says he has no resentment towards the CPA order.

“I encourage all young people who want to pursue a career as a professional accountant to take training at the university of their choice. »

« But I find that [the trustees] have a long arm in going to affect people's free expression. »

Even before being expelled, he had resigned from the order. He says he has no regrets and continues to earn his living in the world of accounting, notably as a “financial coach”.

Stéphane Blais presents himself as the founder and president of the Foundation for the Defense of People's Rights and Freedoms, which collects donations and whose Facebook page has more than 75,000 subscribers. He is notably behind legal proceedings against the government to challenge the containment measures.

“This [Covid-19] crisis was premeditated. The virus is a pretext to condition us to docility and police repression”, he published in May 2020.

During the hearing of June 7, 2021, he affirms that he is impossible to have an impartial trial since he considers the Disciplinary Council and most political institutions as “agents” of “Her Majesty the Queen”.

He is one of those who challenge not only health measures, but also the professional supervision system.

In December 2021, he invited Internet users on Facebook to defy “any curfew” and to wear the mask “under the chin”, according to the judgment rendered last June.

Reached by email, Stéphane Blais says he no longer intends to be part of a professional order that “muzzles its members simply because they criticize a government that has been governing for two years by decree”.

“Teachers should have the obligation to declare that they are now guinea pigs of pharmaceutical companies, in order to protect the bodily integrity of children, the genetic makeup of humanity. This is one of the many assertions by Ms. Blais reported in a decision published on January 25, 2022.

Ms. Blais was a candidate for the leadership race of the Parti Québécois in 2020. Her personal Facebook page is followed by more than 15,000 subscribers.

In May 2021, she notably published that vaccination against Covid-19 was a “crime against humanity” on the page which was titled era “Gloriane Blais, expert lawyer in anti-corruption”.

Proceedings are still ongoing to determine whether she is guilty or not.

In a separate case, the syndic of the Bar accuses her of having questioned the bias and intellectual capacity of a judge. She was found guilty of using “excessive language” and “undermining trust between the public and […] the judiciary”, reads a judgment handed down in April.

< p>Last March, Gloriane Blais was administratively struck off after refusing to submit to a medical examination. However, the Bar specifies that it has appealed this decision before the Tribunal des professions.

Contacted by email, Ms. Blais did not respond to our interview request.

IN HOT WATER FOR HIS RADIO COMMENTS

Awaiting to know his sanction

Family doctor and owner of private clinics Marc Lacroix has “trivialized” the impact of Covid-19 several times on Radio X in Quebec. At the start of the health crisis, he spoke about fifty times, notably at the microphone of host Jeff Fillion.

“Let’s stop listening to the [World Health Organization (WHO)]. Then we see it, the countries that have listened to the WHO have had disastrous results, Quebec, France, for example,” he said in May 2020.

Dr Lacroix was recognized guilty of having “crossed the line of what is acceptable” on the air and on his public Facebook page, which has more than 5,000 friends. He also lacked “professionalism and seriousness”.

“Associating himself with Donald Trump's assertions, Dr. Lacroix trivializes the effects of COVID-19”, can we read in the judgment rendered on June 23.

Recalling the right to freedom of expression, one of the members of the Disciplinary Council however expressed his dissidence and would have liked him to be acquitted on the whole line.

Dr. since committed to the College of Physicians to no longer share his views on the pandemic in the mass media. In a press release, he reacted by indicating that his prosecutors will analyze the decision.

His lawyer, Jean-Claude Dubé, recalls that this is the first judgment of its kind to be the subject of dissidence and that the case of Dr. Lacroix is ​​very different from those of other high-profile cases. At no time did Dr. Lacroix make anti-vaccine or conspiratorial remarks, or fail to respect health rules, also specifies his lawyer, Mairi Springate.