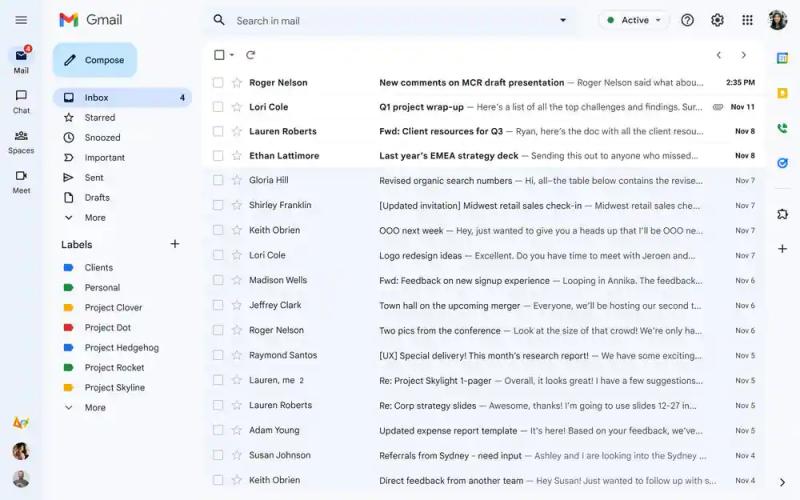 We all know the famous Anglo-Saxon maxim “If it ain't broke, don't fix it!”&nbsp ;

In the case of Google's mail service, that's probably what many subscribers to the service thought when the Internet giant changed the look of Gmail.

Of course, Google doesn't had only good intentions behind this new Material 3 design, including a better, new-looking Workspace.

The good news behind this update is that anyone who wants to keep their Gmail layout current will be able to do so. Read below.

New Gmail interface has been updated with Material 3 look

To give you an idea of ​​how popular Gmail is, in January 2004 this email service had 35 million users and sixteen years later that number has grown to 1.8 billion. They will probably be even more this year to discover a modified left sidebar and a new font when opening their Gmail.

While this redesign pleased many, others felt more or less irritated by the changes. In between, there are those who say it's only a matter of time before this new format becomes familiar. And for those who return to the old format, they can express their opinion in writing to Google in the small window that confirms their wish to have the previous format back.

Return to the old Gmail

It's easy to get back to the old format by clicking on the gear icon in the upper right corner of the Gmail screen to open the quick settings menu which gives access to themes and several visual aspects.

Click the “Revert to original view” button after which you will be asked to explain why you prefer the previous Gmail – but it is not mandatory , of course.

Video on the evolution of Gmail