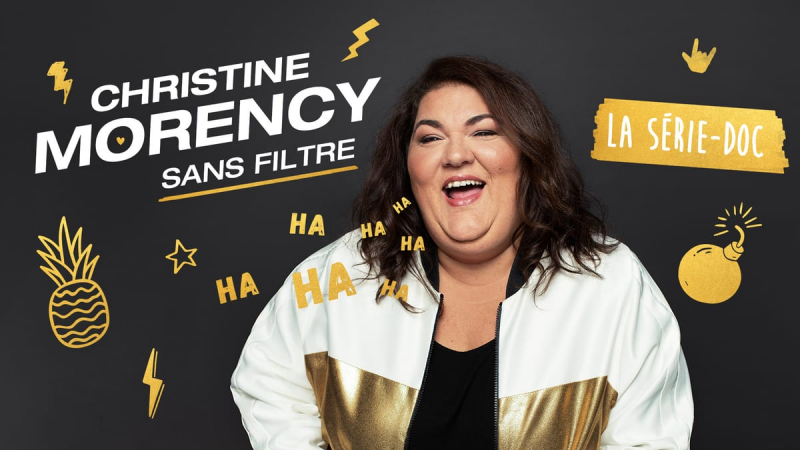 Between the break-in shows, her radio show and the various TV projects in which she collaborates, Christine Morency has had a fairly busy year in 2022 while her career is still in full swing.

Until the official release of his first solo show “Grâce”, which is scheduled to return to Montreal on November 30, the comedian has, over the past year, let himself be followed by a small film crew for the whole Z's new documentary series, “Christine Morency: without filter”.

The series thus follows the comedian in his travels, in his routine of evening and morning at home or at the hotel, on TV sets and in the Rouge studios where she collaborates on “Véronique et les Fantastiques”, but also where she has hosted since the start of the school year with her friend Pierre Hébert the show “Completely noon”.

Shot with a handheld camera, interspersed with interview segments, the series allows for a very intimate incursion and takes a sensitive look at the woman, in the midst of creating her show. We also meet his entourage, his agent, his director, his script editor and longtime friend Justine Philie, as well as his mother and his colleagues.

To the young comedian

If Christine Morency has embraced this docu-reality project, despite the embarrassment or discomfort, it is for the young girl who dream of this profession.

She says in particular that she was not convinced of its relevance the first time she was approached with the project. “I think it makes for great archives for me to listen to again, like when my mother was filming Christmas parties in 1995; it's super touching, but I'm like, 'wouldn't it be a bit overkill to have two cameras to film this with a team'”, she laughs during the first minutes of the series. .

But then she admits that if she had been presented with a series of this kind, showing the doubts, the questioning, the work necessary for the creation of a first show, before launching into humor, a large number of its questions would have been answered.

Declined in six 30-minute episodes, the series “Christine Morency: without filter is produced by Avanti-Toast in collaboration with Bell Media. It will be broadcast on Z from next Wednesday. Crave subscribers get access to episodes a week before they air on TV.