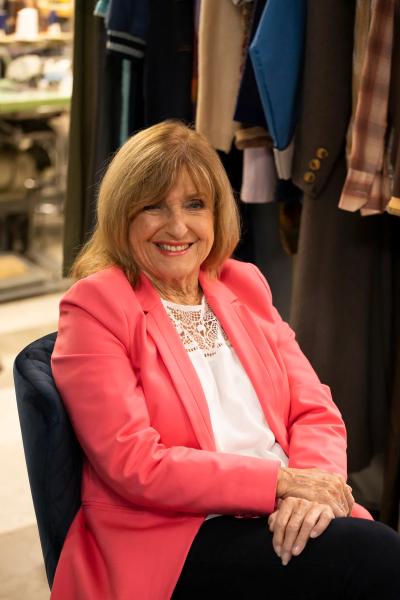 The legendary Dominique Michel celebrates her 90th birthday this Saturday.

The one who participated in 17 “Bye Bye” mentioned in an interview with the QMI Agency to be in great shape, recalling that the fact that she never smoked or drank excessively in her life certainly explains her longevity.

Born Aimée Sylvestre on September 24, 1932, in Sorel-Tracy, Montérégie, Dominique Michel has had health problems in recent years, including colon cancer, which she overcame. She says everything is fine now, which is nice to hear, especially since her voice remains young and full of spirit, like the one Quebecers know well.

“I have always been careful. I never thought I would make it to 90, because when I was young I had all the diseases in the world, whooping cough, etc. Like all the children of the time, because we did not have the medicine of today. I was sure that I would not last as long as that”, she underlined. During the pandemic, she followed the instructions to the letter and very much “flattered [s]on cat”, she said with a laugh.

Dominique Michel, whose career began in the early 1950s in metropolitan cabarets, has not been bored with the spotlight since she retired. She sang, played and made many people laugh. “I always have something to do at home. Of course, I would have liked to continue working, but you have to know how to stop and take time for yourself. We gave and it's perfect!”

And if, for example, Denys Arcand – who directed him in “The Decline of the American Empire” and “The Barbarian Invasions” – offered him a tailor-made role, would she agree to return to service? “Maybe, but I'm not sure. I'm not a go-getter,” she said, saying she likes her “simple, tidy, ordinary life.”

She watches TV a lot, among other activities. “I listen to everything, I know everything. And when there are shows with people I know, I go, but I'm not a subscriber.”

“Live from the universe” celebrates Dodo this Saturday< /strong>

To mark the nine decades of our “National Sleep”, France Beaudoin and her team of “Live from the Universe” are concocting a party for the Saturday show that she is not ready to forget, with several guests and surprises.

“I think it's nice to invite me, I didn't expect that. I don't know anything, but they are working very well and I trust them,” Dominique Michel said of the live musical event.

A thousand and one secret envelopes were sent across the province with the mention: “Live from the universe of 90 years of dodo. Do not open before September 24, 7 p.m. You will have to watch the show this Saturday, at 7 p.m., on ICI Télé, to find out the contents of the envelopes and, above all, to see Dominique Michel, of whom many Quebecers are bored.