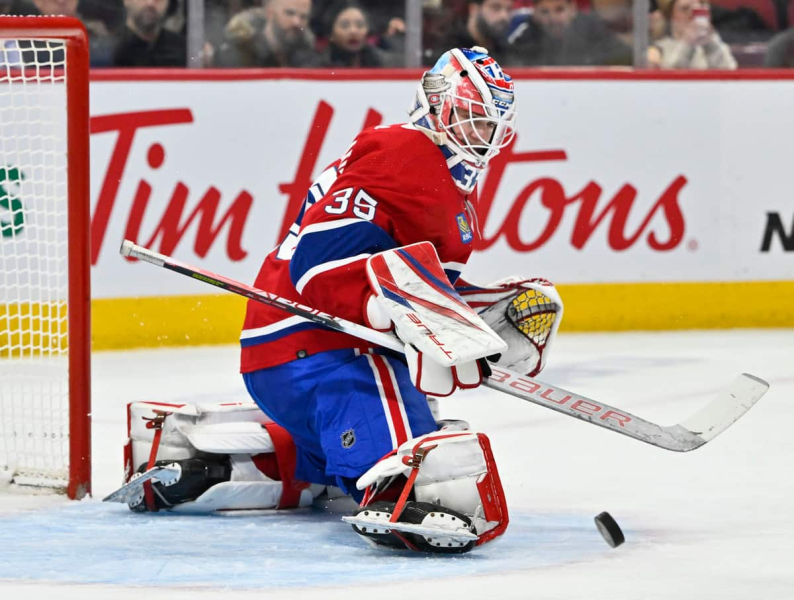 Seize the opportunity, take the chair, demonstrate its value. Whatever formula we want to give him, Samuel Montembeault is taking advantage of the absence of Jake Allen to experience his best moments in the uniform of the Canadiens.

Tuesday night, against the Winnipeg Jets, the Bécancour goaltender was playing his fifth consecutive game. A fifth evening of work in nine days. A colossal work task even for a keeper accustomed to the rhythm of a number one.

During this stretch, the 26-year-old masked man maintained a record of three wins against two losses. But what is remarkable is the .946 save percentage he posted during those encounters. Games in which, with the exception of yesterday, his teammates struggled defensively.

“Sam is making his mark. We will see how he progresses and what decisions we will make in the next few games, ”said Martin St-Louis, in the morning, about the task that could fall to the Bécancour goalkeeper in the weeks to come.

It's night and day compared to last year when Montembeault had its share of difficulty. In his defense, remember that the team was moribund and that he had played despite a right wrist injury for a good part of the season. Injury that even forced him to go under the knife during the summer.

“I didn’t know him very well before arriving here, said St-Louis. But, last year, he solidified his position as an NHL goaltender. This year, he took it a step further. He gave us very good matches. He was very consistent. »

“The games where he was less good, we ourselves were less good in front of him. When we play well, he gives us a chance to win,” he continued.

That said, can Montembeault aspire to the title of number one goalkeeper? To this question, the head coach of the Canadiens preferred to play it safe.

“I don't think we have enough information to make that statement. But recently, Sam has been playing good hockey. I take my hat off to him, he said. The way we behave in front of him helps him manage his game. There were several games where we weren't solid in front of our goalkeepers. Currently, we are making their task less difficult.

A good omen for Hughes

One thing is certain. Montembeault eclipsed Cayden Primeau from the race. A few underperformances on his part could have been catastrophic or revived a debate.

Now it's Kent Hughes who has to rub his hands.

In the event that Jake Allen recovers enough of the upper-body injury keeping him sidelined to interest a team heading into the trade deadline, Montembeault's outfit will allow the general manager to be more comfortable in the game. idea of ​​letting his veteran go.

Considering that Allen will receive $3.85 million for each of the next two seasons, compared to $1 million for Montembeault, whose contract will expire at the end of the next campaign, keeping the services of Montembeault will allow him to make substantial savings under the salary cap.

Less, for one season.