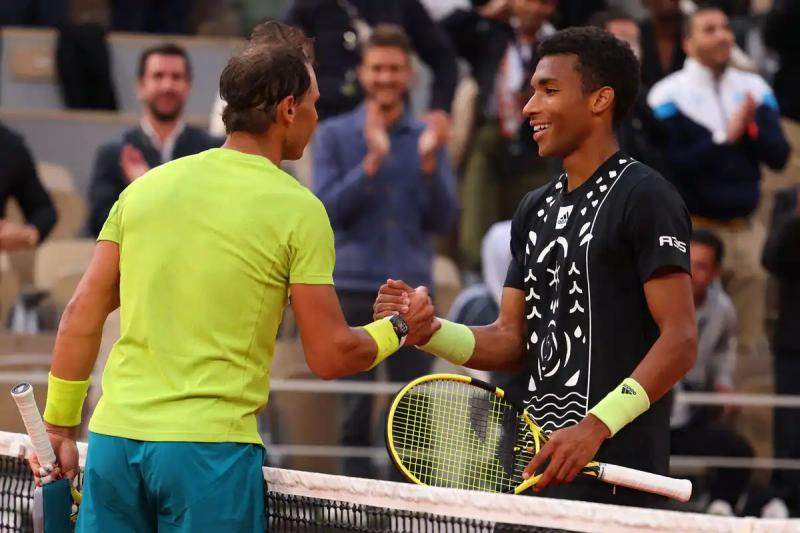 It's hard to tell at the time of this writing. The National Bank Open table remains very strong despite its notable absences.

The other top 10 players, including Auger-Aliassime, will be even hungrier. It is the amateurs who will be able to benefit from it with good quality matches.

To return to Auger-Aliassime, the withdrawal of the three tenors could open the way for him to a place in the semi-finals . With solid play and the support of the crowd, anything is possible for the pride of L'Ancienne-Lorette.

The Montreal tournament is important to him. After a Grand Slam title, this is the tournament he most wants to win on the ATP Tour.

At the moment, he is participating in the tournament in Los Cabos, Mexico . After having two wins in his first two matches, the second seed is now in the semi-finals.

A final match appearance is within reach. It would give him a good dose of confidence before arriving in Montreal. This is not to be overlooked.

Friday morning, a tile fell on the heads of the organizers of the National Bank Open. Rafael Nadal, finalist of the last Montreal tournament in 2019, withdrew.

Nadal is still not recovered from his injury suffered at the last Wimbledon tournament. He tore a muscle in his abdomen during a five-run marathon against Taylor Fritz. A few hours later, he decided to forfeit the rest of the tournament.

At that time, we were talking about a recovery of three to four weeks. His return to play coincided with the Montreal tournament. He had even ordered a crate of balls from director Eugène Lapierre so that he could train in Mallorca.

“For some time I had been training without serving and had started serving four days ago, Nadal said in a statement.

“Yesterday (Thursday), after normal practice, I felt a slight discomfort in the abdominal area. Today (Friday), it was still there.

“I am very sad not to be able to come to Montreal. It's a tournament I've won five times and I love playing it. I sincerely hope I can come back to the tournament to play in front of the crowd which is always amazing.”

With a few more days of rest, we can think that Nadal will be able to take part in the last Grand Slam tournament of the season, the United States Open.

Like every time a big name withdraws, tournament director Eugène Lapierre was disappointed with the turn of events.

On the other hand, he showed understanding because he knew Nadal's physical condition.

“We are very disappointed that Rafael is not able to join us. He was eagerly awaited by fans, said Lapierre.

“However, despite the disappointment, the tournament remains very tough as we will have the presence of 41 of the 44 best players in the world.”

Nadal's withdrawal opened the door for American Mackenzie McDonald to be given a spot in the main draw. Very good news for him. He was to take part in the qualifications at the end of the week.

In the last hours, we also learned of the withdrawal of the American John Isner. He gave way to his compatriot Brendan Nakashima.