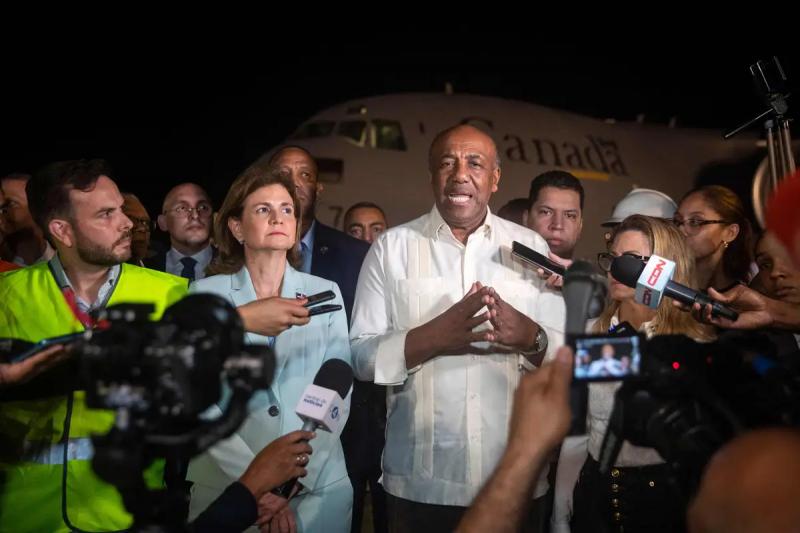 SANT DOMINGO | Two miners trapped underground for ten days in the Dominican Republic were able to return to the surface on Tuesday after a rescue operation that enthralled the country, their company announced.

“The rescue took place at 11:16 a.m. after opening access through the new diversion tunnel called rescue route B, one of two routes that had been created since the start of the rescue plan,” said in a statement. communicated the Dominican Mining Corporation (Cormidom), which operates a Canadian concession.

Gregores Mendez, a Dominican, and Carlos Yepez Ospina, a Colombian, had been cut off from all contact with the surface on July 31 after a landslide in this mine located in Cerro de Maimon, about 80 km north of Santo Domingo.

More than 70 experts and around 40 technicians from all over the country took part in the rescue. A Canadian military plane had brought 26 tonnes of state-of-the-art machinery and tools for rescue operations on Sunday.

President Luis Abinader posted a video in which he greets the two miners, who appear smiling and in a good mood.

“The whole country was watching you, very happy,” he told them. The press did not have access to the rescue area. Mr. Abinader had already visited the site on Thursday and had spoken to the two buried minors by radio.

In the video, Carlos Yepez Ospina assured that the two men had benefited from “good conditions” underground: “ventilation, water, food, everything.”

“We slept comfortably too, it made our stay less difficult”, even if “the first days were complicated”.

Cormidom has one of the main concessions in the country, covering 3,400 hectares, according to its website, which does not provide production data.

Its president Paul Marinko assures in a press release that the company “meets international standards for safety and emergency response”.

In Mexico, rescue operations are underway to try to rescue ten miners trapped underground since Wednesday when their coal mine was flooded and partly collapsed. No contact has since been established with them.