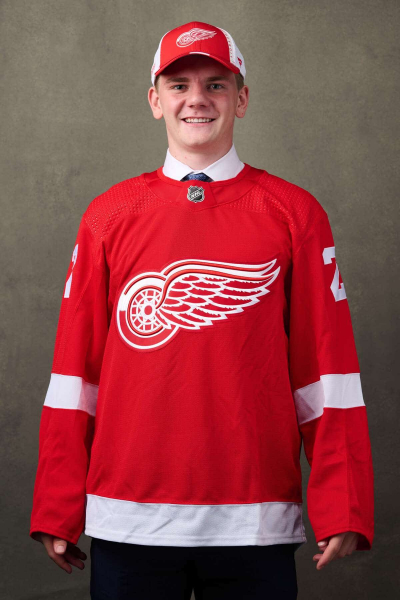 In his first game for the Detroit Red Wings, Dominik Kubalik scored twice in a convincing 6-2 win over the Penguins on Tuesday in Pittsburgh.

After spending three seasons with the Chicago Blackhawks, the 27-year-old Czech agreed to a two-year, $5 million pact with the Michigan club this summer. He has so far totaled 62 goals and 116 points in 202 games, including a 30-goal season as a rookie.

Defender Steven Kampfer, who is trying to return to the National Hockey League (NHL) after a season of absence, also scored, as did Filip Zadina, Elmer Soderblom and Tyler Spezia. Brock McGinn and Bryan Rust replied.

Tristan Jarry (four goals on 14 shots) and Casey DeSmith (two of seven) did not look good in this game.
Lafrenière scores in the loss
In Boston, a goal by Quebecer Alexis Lafrenière did not was not enough for the New York Rangers to avoid a 3-2 overtime loss to the Bruins.
Lafrenière scored the second goal for his team, but Oskar Steen tied the game in the third period and A.J. Greer scored his second goal of the game in the extra period.
Adam Fox also shone the red light for Rangers.

24-year-old Brandon Biro wants to prove he belongs in the NHL. Having played just one career game so far, he scored a brace in the Sabers' 2-1 win over the Philadelphia Flyers at Buffalo.

Biro, who was never drafted, will only be entering his third season as a pro after playing four seasons in the NCAA with Pennsylvania State. Last year, he had 12 goals and 41 points in 48 games with the Rochester Americans.

Travis Konecny ​​was the Flyers' cue.

Coghlan is picking up the pace

Dylan Coghlan has established himself as a regular defenseman for the Vegas Golden Knights in 2021-22, playing in 59 of his 88 career games over the past 12 months. He now plans to step up the pace with the Hurricanes, and his three assists in a 5-1 win over the Tampa Bay, Carolina Lightning will certainly earn him points.

The 24-year-old British Columbia fullback partnered with Andrei Svechnikov, Paul Stastny and Sebastian Aho in the win. Seth Jarvis and Malte Stromwall also lifted the crowd at the PNC Arena, while Vladislav Namestnikov saved the visitors from the sweep.

Quebecer Maxime Lagace played the entire game for the Lightning and he allowed five goals on 46 shots.