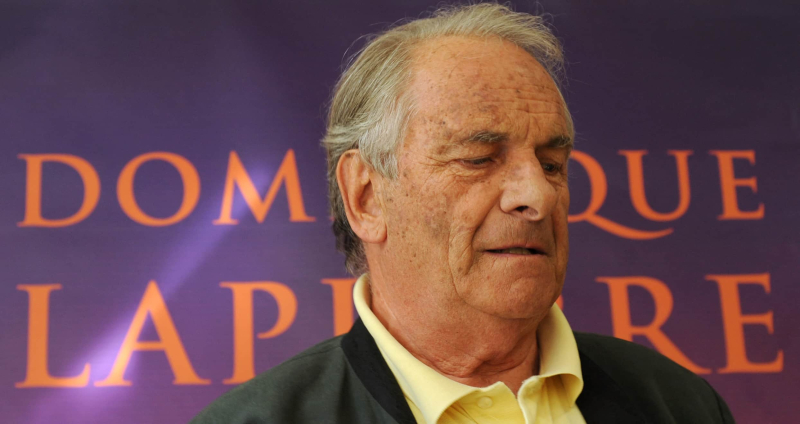 Dominique Lapierre, French writer passionate about India and who sold some 50 million copies with his American “pen brother” Larry Collins, died at 91 on the Côte d'Azur, announced his widow on Sunday to the local press.

“At 91, he died of old age”, explained Dominique Conchon-Lapierre in the regional daily Var- Morning, confident in this interview that she was “at peace and serene since Dominique no longer suffers”.

As a philanthropist as well as a successful writer, he had sold, with his “brother de plume» Larry Collins, some 50 million copies of their six novels, including Is Paris Burning?,translated into forty languages.

This is how, after having written, alone, The City of Joy (1985), on a slum in Calcutta, he gave a good shares its royalties with the poor people who inspired it. The novel has sold millions of copies and was the subject of a film, directed by Roland Joffé, in 1992.

In 2005, he assured that, thanks to his royalties, to donations from readers and to earnings from conferences delivered throughout the world, his humanitarian action “had made it possible to cure one million tuberculosis patients in 24 years, to treat 9,000 children lepers, build 540 drinking water wells and equip four hospital ships on the Ganges delta in India”.

After Is Paris Burning?, he continued his fruitful collaboration with Collins: Where you will wear my mourning (1968, on the bullfighter El Cordobes), O Jerusalem (1972), Cette nuit la liberté (1975, about Indian independence), The Fifth Horseman (1980, fiction about an atomic bomb) and the thriller Is New York Burning? (2004).

He occupied for a long time a residence in Ramatuelle, located on the peninsula of Saint-Tropez, separated from that of Collins (who died in 2005) by a tennis court, acquired with the copyright of Paris brule-t-il? (1964, 20 million readers, 30 international editions).

René Clément made a film of this account of the liberation of Paris, on August 25, 1944, with a host of stars, such as the Frenchman Jean-Paul Belmondo and the American Kirk Douglas. Americans Francis Ford Coppola and Gore Vidal co-wrote the screenplay.

Lapierre also co-wrote, with Spaniard Javier Moro,It was five past midnight in Bhopal (2001) and, with Jean-Pierre Pedrazzini, Once upon a time in the USSR (2005).

Born July 30, 1931 in Châtelaillon (Charente-Maritime), he was also a journalist at Paris Match.