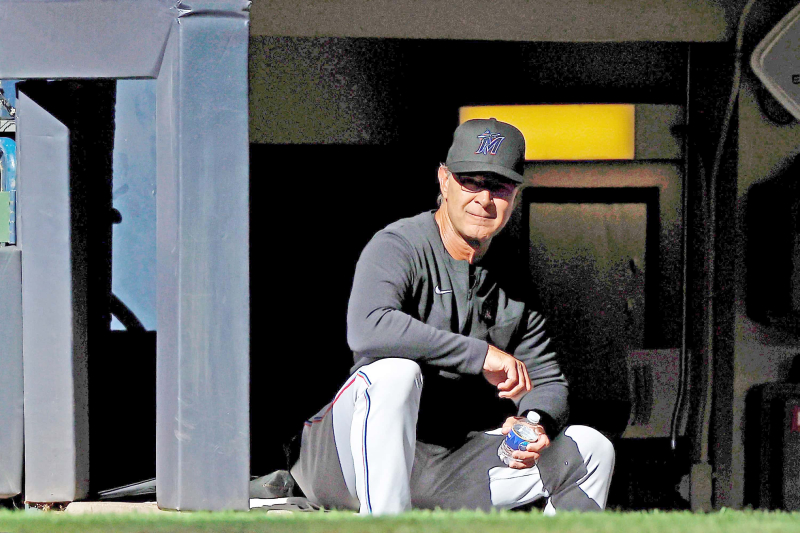 Legendary New York Yankees first baseman Don Mattingly has spent the past 12 years as a manager in the National League.

Between 2011 and 2015, he led the Los Angeles Dodgers to three straight division titles before going on to lead the Miami Marlins for the past seven seasons. Following the campaign cut short due to COVID-19 in 2020 and after guiding the low-budget team to a playoff appearance, he was named National Manager of the Year.

This week, Mattingly was named bench coach with the Blue Jays. In reality, this means that he is the right-hand man of manager John Schneider who has just signed a three-year contract in Toronto.

Is Schneider's job in danger?

No. The team's record and performance will determine Schneider's future, not Mattingly's arrival. Jays general manager Ross Atkins believes the arrival of the 61 man will bring a more elaborate role than that of a limited interlocutor to the position of bench coach.

Head coach Schneider and Jays management were looking for a bench coach who would have a job description other than that of a traditional assistant. They wanted someone who was versatile and credible, who would become a confidant for Schneider.

The Jays just created this new role because they wanted the candidate they were looking for to be able to lend a hand as well. many other facets of the team: how to prepare before and during a game, better understand the situation for a batter when he comes to bat and improve his defensive game.

Yesterday I joined Quebecer Charles Leblanc, who played under Mattingly last season, during his recall with the Marlins. He described Mattingly to me as a positive manager who always found points to improve training and player performance. During practices, Mattingly took the time to teach him the basics of first base defense and he was always available for the athletes.

As a player, Mattingly won the American League batting title and Most Outstanding Athlete in the American. He now has the chance to combine his range of skills acquired over a 40-year career and put them to good use.

The former first baseman will be an exceptional mentor for Vladimir Guerrero Jr. so that he becomes a better defensive player and improves his mental preparation between each time at bat.

Bo Bichette will also be able to benefit from Mattingly's valuable advice.

Experience and credibility are words that are used a lot in professional sport, in life and in the world of entrepreneurship. Don Mattingly meets all of these criteria.