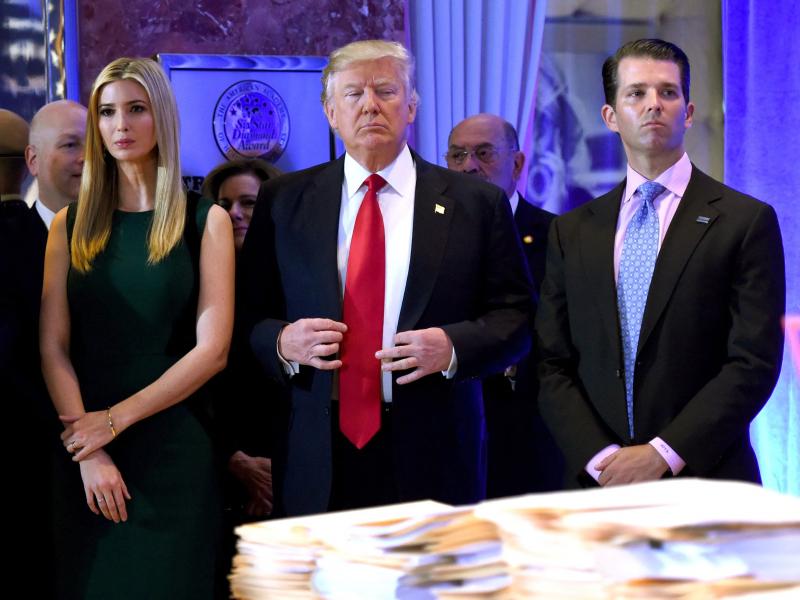 New York State Attorney General Letitia James on Wednesday announced civil lawsuits against Donald Trump and several of his children in the investigation into the tax practices of his group, the Trump Organization, strengthening the pressure of justice on the former Republican president.

The prosecutor, an elected Democrat who has been waging the judiciary for years against the billionaire, indicated that she was demanding 250 million dollars in reparations from the name of New York State, as well as bans on running companies for Donald Trump and his children Donald Trump Jr, Ivanka Trump and Eric Trump.

The lawsuit, filed in the New York State Supreme Court, “demonstrates that Donald Trump falsely inflated the net worth (of his assets) by billions of dollars to enrich himself unjustly and to deceive the system, as well as all of us,” she assured.

According to her, asset values ​​have been “repeatedly and persistently manipulated” to “encourage banks to lend money to the Trump Organization on more favorable terms”, “to pay less tax” or “to encourage insurance companies to provide insurance coverage for higher limits and at lower premiums”.

As a result, she also calls for the “ban” for Donald Trump or the Trump Organization “to engage in any acquisition of commercial real estate in the State of New York or to apply for loans from any financial institution”. The Trump Organization includes buildings, luxury hotels, golf courses and entertainment venues.

The investigation was opened in March 2019 after the explosive testimony in Congress in Washington by one of Donald Trump's former personal lawyers, Michael Cohen, reporting on his fraudulent assessments, either up or down.

“They turned New York City into a third world country. They release violent criminals onto the streets, and use all their energy to go after a successful, law-abiding businessman, who is their number one political opponent,” she charged.

“These people are DISTURBED. President Trump did not inflate his assets, he underestimated them,” she said.

These lawsuits against Donald Trump are in addition to several investigations already underway around the former president (2017-2021), including one on his presidential archives that led to a spectacular FBI search on August 8 of his Mar-a-Lago, Florida residence.

The billionaire, who openly plans to run for president in 2024, is also under investigation into his efforts to overturn the results of the 2020 presidential election lost to Joe Biden and his role in the violent assault on his supporters. against the Capitol on January 6, 2021.

He is not currently being criminally prosecuted in any of these other cases.