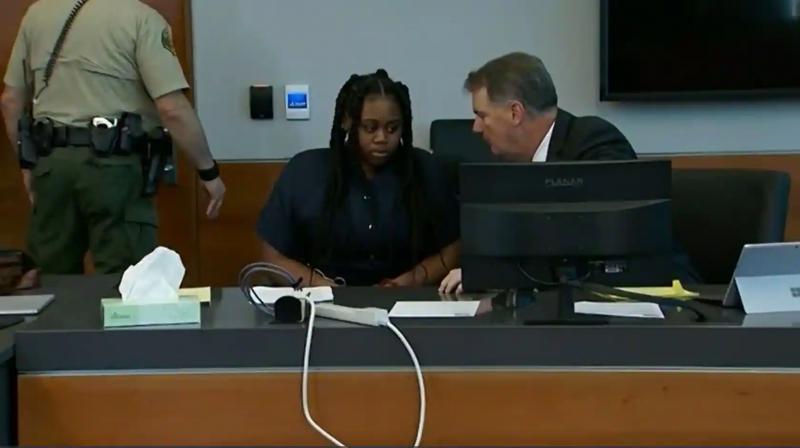 Donations poured in on the GoFundMe platform on Thursday, where a campaign was set up to help a convicted American girl pay $150,000 to the relatives of a man she accuses of raping her at many times, in a context of forced prostitution, and whom she killed.

The case of Pieper Lewis, 17, has moved the United States, where minors exploited pimps struggle to assert their victim status in court.

“A raped child should never, under any circumstance, owe money to her rapist's family,” wrote one of her former teachers, Leland Schipper, who created the crowdfunding campaign.

According to her account, and that on the local media, the girl had found herself on the streets at the age of 15 and had been taken in by a man who had forced her to have sex with others.

In 2020 in Des Moines, in the northern United States, she had stabbed a thirty-year-old man who paid to rape her, as she recounted.

Initially charged with murder, the young girl had pleaded guilty to manslaughter and faced 20 years in prison.

The police and the prosecutor do not dispute the fact that the minor was the victim of sexual exploitation. On Tuesday, a judge decided to give her “a second chance” by ordering a suspended prison sentence.

In concrete terms, if she respects the conditions of her release for five years, her record will become empty again .

But under a law in force in the state of Iowa which obliges to compensate the relatives of the victims of a homicide, the magistrate ordered her to pay 150,000 dollars to the family of the man she killed.

The donations, often of 20 to $50, quickly exceeded the set amount. The sum collected amounted to more than 386,000 dollars on Thursday afternoon.

In a postscript, the teacher specifies that the additional funds will finance the studies of the young girl.