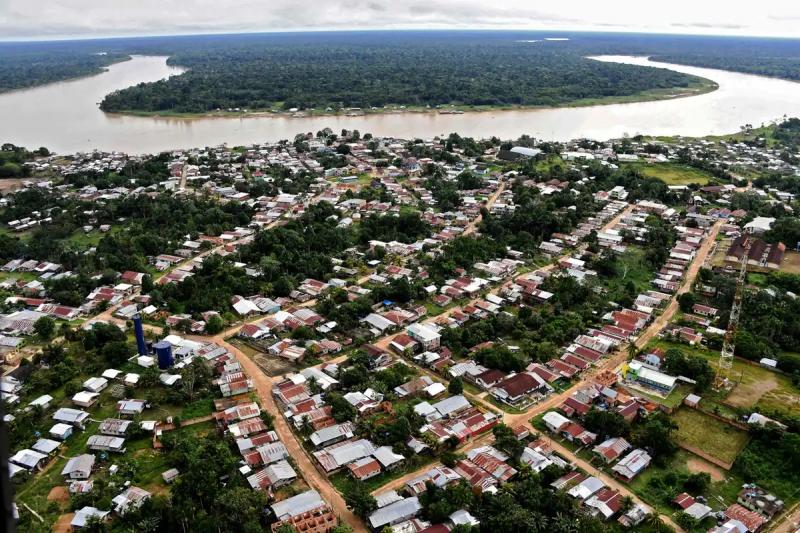 The murder of British journalist Dom Phillips and indigenous expert Bruno Pereira in the Brazilian Amazon has, according to the investigation, no official motive. But on the spot, many do not hesitate to make the link between illegal fishing and money laundering from drug trafficking.

Bruno Pereira had received death threats for his fight against the poaching of pirarucu, the tasty and coveted largest freshwater fish in South America, which non-natives are forbidden to fish in this Javari valley where the two men disappeared on June 5.

“He led a big campaign against illegal fishing. All of these guys (the poachers in the area) knew Bruno,” says Orlando Possuelo, 37, who worked alongside the expert in setting up indigenous anti-poaching patrols, which earned him, too, , death threats.

According to investigators, Pereira, 41, and Phillips, 57, were traveling down the meanders of the Itaquai River in a small boat when a group arrived by the back and shot them down. Police have identified eight suspects and arrested three so far.

Residents of Atalaia do Norte, a sleepy river town near the northeastern edge of the reserve, say the three are poachers illegally fishing in indigenous territory for pirarucu, a protected species that can reach 4.5 meters and weigh up to 200 kg.

“Everyone here knows it”

On site, fishermen claim that poaching pirarucu is a lucrative business linked to drug traffickers operating in neighboring Peru and Colombia. The black market fish trade would launder drug money: one of the “complex national and transnational criminal chains that operate across different economies” in the Amazon, according to the Brazilian Forum for Public Security.

< p>“What happened to Bruno and Dom is the result of an increase in organized crime, which in turn can be explained by the absence of the state”, judge Antenor Vaz, ex-chief of operations of the Brazilian Indigenous Affairs Agency (FUNAI) in the Javari Valley.

This alleged link to drug trafficking has raised the question of whether the suspects acted alone. The federal police are affirmative and exclude the involvement of a “sponsor or a criminal organization”.

The indigenous rights group where Pereira worked, UNIVAJA, refutes this version and accuses the police of ignoring the “considerable” evidence that a “powerful criminal organization” is behind these assassinations.

“Everyone here knows that organized crime is involved”, tells the AFP the head of UNIVAJA, Paulo Marubo.

“Kill and get away with it”

In the fish market of Atalaia, a noisy shed with a concrete floor, the pirarucu has disappeared from the stalls in white tiles… since the disappearance from Phillips and Pereira.

Its legal and restricted fishing is permitted in six lakes outside the indigenous reserve, but much of the pirarucu found there is probably illegal.

According to a report by the International Union for Conservation of Nature, 83% of illegal fish seized in Brazil between 2012 and 2019 was pirarucu.

“With the army here and everyone accusing us of this atrocity, even the legal fishermen are afraid to go out at the moment,” said the president of the local fishermen's association, Roberto Pereira da Costa, 49.

According to him, “legal fishermen are unfairly demonized” while “it is easy to see the difference between the illegals and us. They have big boats, fast engines, they don't just catch 15 kilos of fish to feed their family, they try to catch everything they can”.

In December, Al Jazeera journalist Monica Yanakiew had accompanied Bruno Pereira on an expedition similar to that carried out with Dom Phillips. His team even filmed him warning the prime suspect in the case not to fish on indigenous lands.

Poachers became 'furious' when Pereira's patrols seized their fish, says the journalist. But “the story is more complicated than that”, she says.

Bruno Pereira would not have needed to mount these independent patrols if the administration of President Jair Bolsonaro had not drastically reduced the operations of FUNAI and environmental authorities.

“The fact that the government has closed its eyes to everything that is happening has given power” to the criminals, says Monica Yanakiew. “They even thought they could kill and get away with it.”