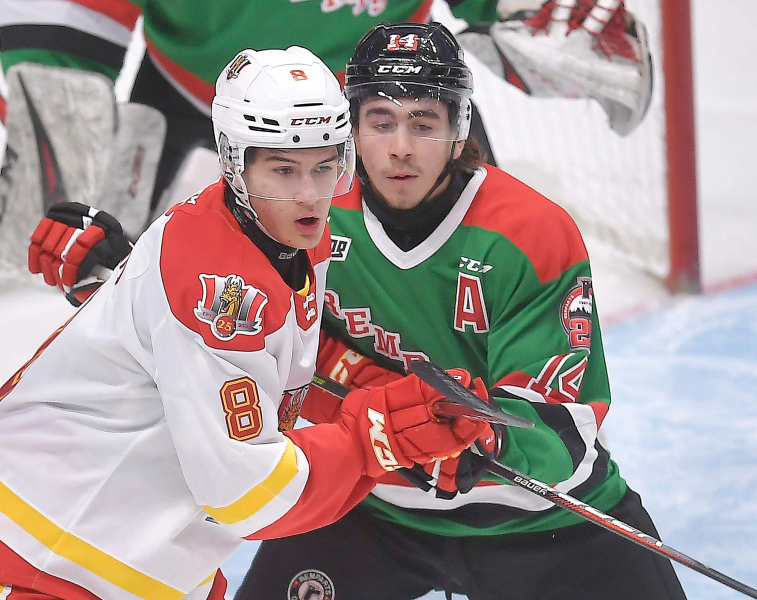 BAIE-COMEAU | The Baie-Comeau Drakkar quickly returned to winning ways on Friday night when they posted a tight 4-3 win over the Wildcats in Moncton.

Dubbed 4 to 2 the day before by the Halifax Mooseheads, the members of the North Shore crew bounced back in style during this second confrontation in two nights in the Maritime Provinces.

Inspired by another brilliant performance by their goalkeeper Olivier Adam, Jean-François Grégoire's men played a good road game and were able to be opportunistic at the right moments.

Tied 2-2 after 40 minutes, the visitors set the tone in the third period and took a two-goal lead through Vincent Collard and Charles-Thomas Larochelle.

The locals managed to reduce the gap to a single net thanks to defender Étienne Morin and buzzed until the very end without however managing to revive the debate for good.

“The start of the match was not easy. They played with a lot of intensity on the other side, but the players were able to adjust by executing the simple plays and that allowed them to slow down their momentum,” commented the head coach of the ship. ;

Even though they were outshot 16-5 in the second period, the winners were able to capitalize on offense with four goals scored on 21 shots at the keeper Jacob Steinman.

“The guys were patient and played a very good third period. Everyone kept their cool and that was a key factor in this important away win,” added the boss behind the bench.

The first star of the game, Xavier Fortin, as well as Andrew Doucet scored the other goals for the winners.

The Drakkar will complete their intense journey of three games in three days on Saturday night against the Acadie-Bathurst Titan.