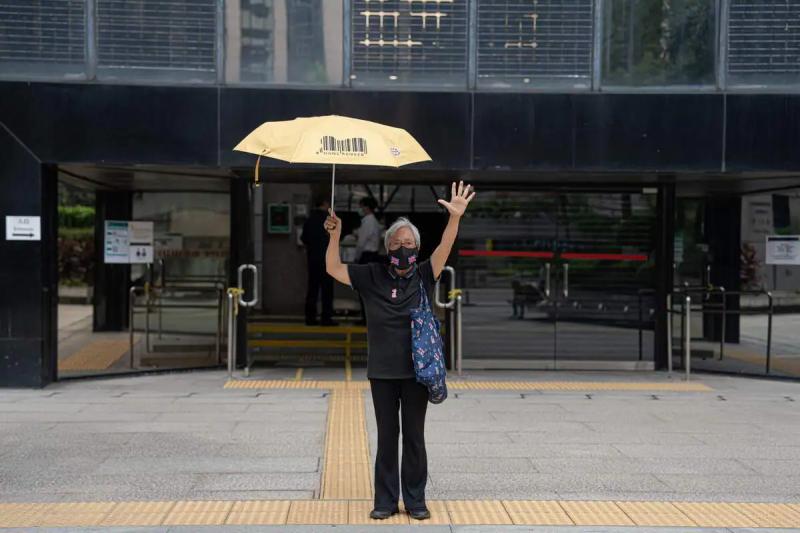 Five Hong Kongers were sentenced to 19 months in prison on Saturday for publishing children's books portraying local pro-democracy supporters as sheep defending their village from wolves believed to represent Beijing.

They had been found guilty of “sedition” on Wednesday, under a law inherited from British colonization and used by current authorities to stifle dissent alongside the national security law imposed by Beijing in 2020.

Lai Man-ling, Melody Yeung, Sidney Ng, Samuel Chan and Fong Tsz-ho, all founding members of the speech therapists' union behind these books, have been detained for more than a year before the trial.

The group could be released in 31 days after deduction of the sentence already served, one of their lawyers estimated on Saturday.

The five speech therapists had decided to publish three picture books for young readers with the aim of explaining the pro-democracy movement in Hong Kong. The books were published in 2020, just a year after the movement's huge, often violent protests.

In one such book, titled “Defenders of the Sheep Village”, a group of wolves attempt to occupy a village of sheep, who fight back.

In another, wolves are depicted as being dirty and bringing disease to the sheep village.

On Saturday, facing Judge Kwok Wai-kin, who once again called the posts a “brainwashing exercise”, three of the five speech therapists said they had no regrets.

Melody Yeung, 28, even assured that she still hoped to be on the side of the sheep.

“My only regret is that I was not able to publish more books before I was arrested”, she said in court.

Sidney Ng, 27, said through his lawyer that the lawsuits “had (the effect of) intimidating civil society and alienating Hong Kongers each other”.

Prosecutors had argued that the picture books displayed “anti-Chinese sentiment” and were intended to “incite readers' hatred of mainland Chinese authorities”.

On Saturday, the judge said he There was evidence that fear, hatred and dissatisfaction were, through these books, instilled in the minds of children.

“Once (children) have internalized this state of mind, the seed of instability will be sown,” he insisted.

But the defendants maintained that the books told “the story from the perspective of the people” and were intended to help children understand the systemic injustices in society.

“Rather than to be seditious (the books) recount courageous acts for a just cause,” said Sidney Ng.

Amnesty International, who recently left Hong Kong due to the national security law, described these sentences as “an absurd example of relentless repression”.

Until recently, Hong Kong was a bastion of free speech in China and was home to a vibrant and critical publishing sector.

But Beijing unleashed a broad political crackdown in the city in response to the massive and at times violent protests that took place in 2019.

The main figures of the movement are now either in prison or awaiting trial, or on the run abroad.

Dozens of groups civil society organizations, including many trade unions, have disappeared.