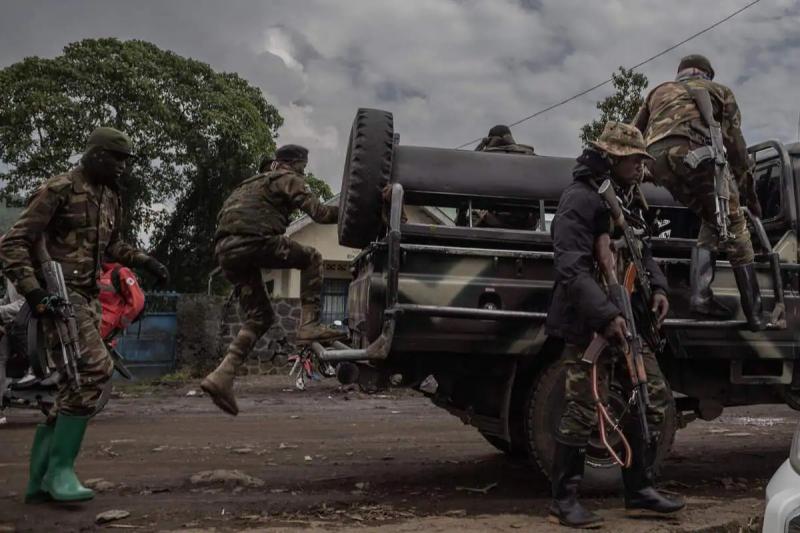 Fighting between the army and M23 rebels in eastern DR Congo has left at least 13 civilians dead this week, the UN humanitarian affairs office said on Thursday , quoting the local authorities.

Among these 13 civilians killed between June 19 and 21 in several localities of the territory of Rutshuru (North Kivu province) are four children, specifies OCHA, the UN's humanitarian coordination agency, in a weekly update.

“Several villages in Rutshuru territory have been almost emptied of their inhabitants, some of whom have fled to the Uganda”, adds the UN.

OCHA warns once again that “thousands of people” are affected by the clashes.

At least 17,000 displaced arrived since last March in Rutshuru-centre and in the nearby locality of Kiwanja, where they are housed in schools, stadiums, host families, specifies OCHA, who deplores the fact that humanitarian operations are “hindered by the persistence of violence”.

In the neighboring territory of Nyiragongo, where heavy fighting pitted the army against the M23 at the end of May, “the security situation remains volatile despite a relative lull”.

Since March, OCHA has counted at least 158,000 displaced people in the territories of Rutshuru and Nyiragongo.

Tutsi-dominated rebellion defeated in 2013, the M23 took up arms again late last year in eastern DRC, a region plagued by violence from multiple other armed groups for almost 30 years.

The resurgence of M23 has caused a new crisis between the DRC and Rwanda, with Kinshasa accusing Kigali of supporting these rebels, which Rwanda denies.