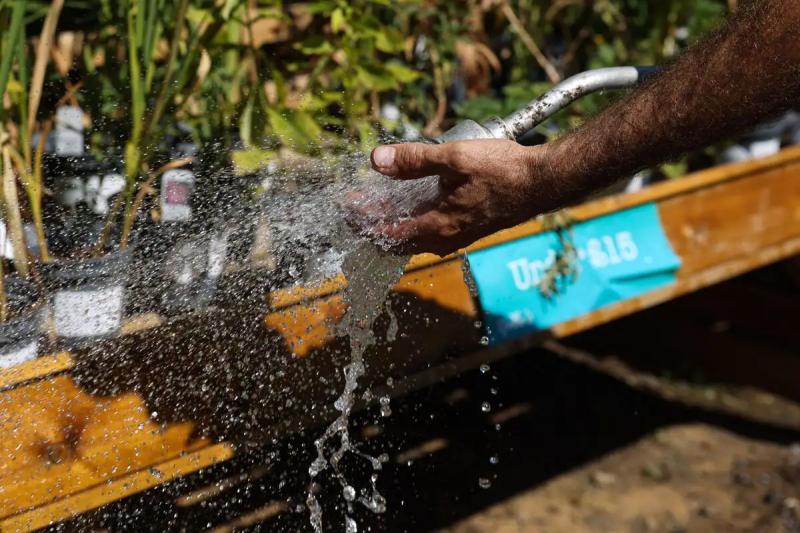 Water restriction measures will be put in place in London from August 24, a consequence of the current drought, the operator Thames Water, the largest in the United Kingdom, announced on Wednesday.

Some 15 million people in the capital and the Oxford region to the west will no longer be able to water their gardens, fill their swimming pools, large or small, clean their cars, windows or patios using a garden hose, Thames Water clarified.

It's the first time in 10 years that water restrictions have hit London, where drought in recent months has turned parks into dry, doormat-like floors.

Several water companies have similar bans have already been announced, mainly in the south, but also in Yorkshire (north east).

The first started on August 5. In total, the restriction measures will affect nearly 30 million people by the end of next week.

Thames Water explained that after the driest month of July on record, and below-average rains for 10 of the last 12 months, water levels in reservoirs and rivers were much lower than 'as usual.

Criticized for thousands of leaks in the network, the operator added that dozens of teams were working on it with the aim of resolving 1,100 each week.

A state of drought was declared on August 12 in much of England, including London.

The United Kingdom recorded record high temperatures in July, with 40.3°C on July 20 in Coningsby, northeast England, and 40.2°C at London's Heathrow Airport on the same day.

New A heat wave last week, with temperatures exceeding 30C in London, has given way to thunderstorms in the south in recent days, with flood warnings as the ground is too dry to absorb water.