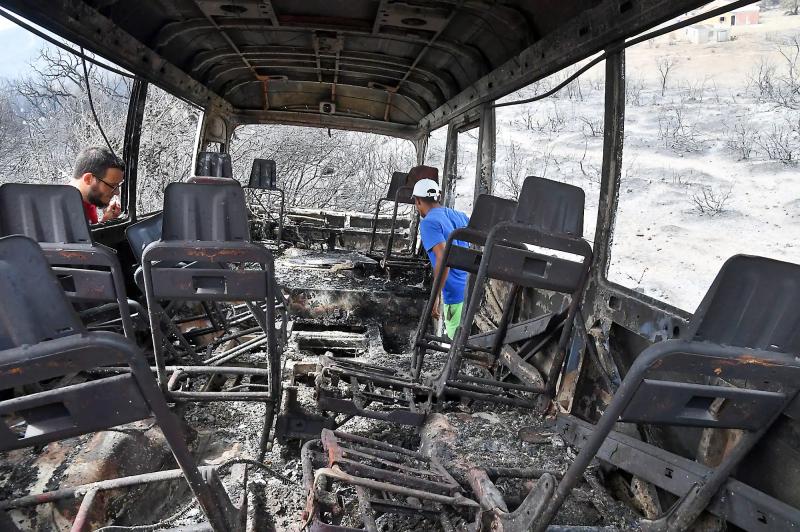 Several extreme weather events have hit the planet in recent days. France, Algeria, Austria and China were particularly hard hit. Drought, heat wave, floods, forest fires and violent gusts of wind have, among other things, made up this weather cocktail.

A storm killed five people, including two children, and left a dozen injured on Thursday in Austria, authorities and the APA news agency announced.

Three people were killed by a falling tree in the state of Lower Austria, and two children died in Carinthia. The children, believed to be between five and eight years old, and the injured people were near a small lake in Carinthia when several trees were uprooted by gusts of wind, the Red Cross spokeswoman said. Melanie Reiter.

At least 16 dead and many missing: Flash floods have hit northwest China, while heatwaves in other regions are leading to power rationing and factory shutdowns. Torrential rains fell on Wednesday in Qinghai, a vast arid province which notably borders Tibet.

These bad weather caused mudslides in a mountainous area and diverted the course of a river, local authorities announced on Thursday, which count 16 dead and 18 missing so far. At the same time, extreme heat affected the center, south and east of the country in particular. Several major cities have thus recorded the hottest days in their history.

Two men search the completely charred carcass of a bus in which 12 people are said to have lost their lives, trapped by a forest fire.

Firefighters in Algeria fought Thursday against about twenty forest fires linked to drought and intense heat, which ravaged everything in their path, killing at least 38 people, including families trapped in a bus.

< p>The death toll increased with 30 dead, including 11 children and six women in El Tarf in the far east, near the border with Tunisia, five in Souk Ahras, two in Sétif (north) and one in Guelma ( east), according to civil protection and local media, which also reported more than 200 injuries, including 10 firefighters.

Violent thunderstorms hit the he Mediterranean arc since Tuesday has left five people dead and more than twenty injured, including three seriously injured, Thursday, in Corsica, a French island in the Mediterranean, according to the authorities.

Following high heat and the drought, brutal thunderstorms and gusts of wind reaching a peak of 224 kilometers per hour on Thursday also caused material damage and required numerous rescue operations at sea.

Ashore, three people, aged 13 to 72, were killed by falling trees or roofs. A dozen people were also injured.

At sea, two people also perished: a 62-year-old fisherman and a kayaker, whose bodies were recovered. A dozen injured were counted on board various boats, according to the maritime prefecture.