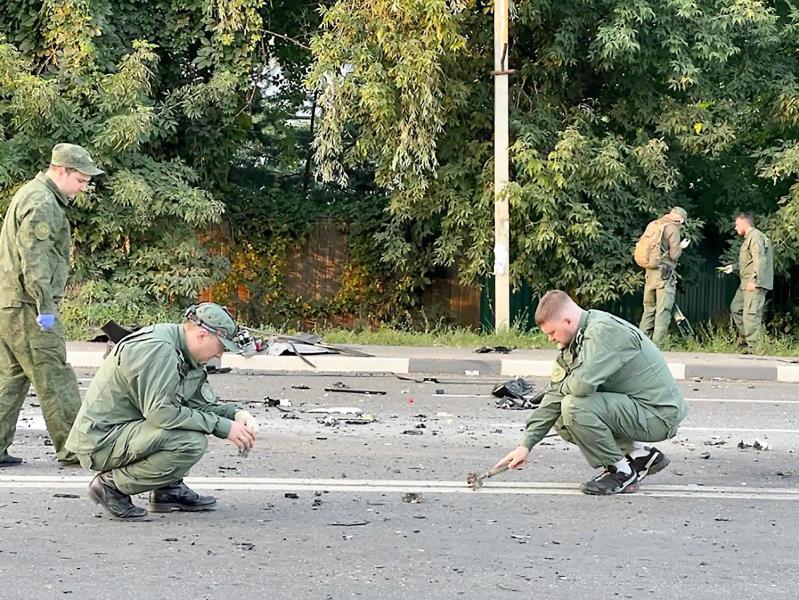 Yesterday, the daughter of Alexandre Douguine was killed in a car bomb attack. According to several media, he would be Vladimir Putin's guru.

This is not what Michel Eltchaninoff, doctor of philosophy, who has devoted a book to the thought of the Russian president, thinks. According to him, Putin and Dugin are not dating. Elchaninoff reports the words of a former economic adviser to Putin, Andrei Illarionov, according to whom it would be an insult to the intelligence of the head of state to bring him closer to Dugin.

Dugin is presented as the Putin's guide because he predicted that the latter would seek to conquer Ukraine.

According to Dugin, Putin seeks to constitute a vast Eurasian empire that will oppose the American empire.

But, explains Eltchaninoff, Dougin goes further. For him, globalization introduces a way of thinking that distracts people from their national, cultural and sexual identity, especially among young people. Russia must therefore resist this destruction by opposing globalization.

This could be done through a union of the ancient Christian empires of Europe which would jointly fight against the United States and which would would oppose democracy. Dugin sees here the essence of Putin's European policy.

Thus, Dugin, starting from the real phenomenon of the dissolution of certain national identities, leads to a politico-religious, anti-democratic and far-right delirium.

In reality, the thought of the Russian president feeds on many sources, in particular on many philosophers of the beginning of the 20th century. This is, moreover, one of the main problems in Putin's thinking. Lacking sufficient support from more recent philosophers, it leads to absurd statements such as the one on the supposed global superiority of the genes of the Russian population…

The attempted assassination of Dugin was therefore more symbolic than anything else and it failed.

Given the roadmap full of boondoggles by the Russian secret services, one would be tempted to see their signature there. However, it is more likely that this attack was part of an internal resistance movement in Russia.

Russian leaders will not fail to link the assassination attempt on Dugin to that of Salman Rushdie. They won't be wrong, insofar as Dugin only expressed ideas. words (less and less in Russia) and not with arms.

The real responsible for the war in Ukraine remains Vladimir Putin who confuses the durability of his power with the aspirations of Russia. However, the criticisms against Putin come from the United States and its allies.

The greatest danger remains for him the rise of democracies. China, another dictatorship, is its natural ally. The rest is only philosophical justifications.