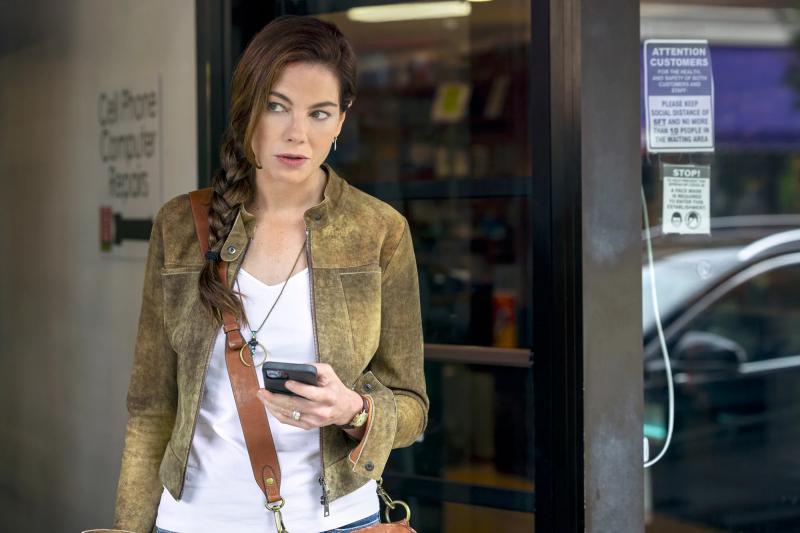 The trailer and synopsis for Echoes foreshadowed a gripping and well-crafted thriller. While Netflix's new series doesn't entirely deliver on those promises, it does provide heartfelt, if unmemorable, entertainment nonetheless.

Twins Leni and Gina have always shared everything… even their identities. Their cunning has been carefully refined over the years, so much so that they manage to fool everyone around them, even their respective spouses. But this perfectly maintained balance is upset when one of the two sisters suddenly disappears in nebulous circumstances. em>Echoes quickly captured our attention. Admittedly, the vein of the twins with troubled identities has already been broached many times, notably in the very disappointing television adaptation of I Know What You Did Last Summer. Still, actress Michelle Monaghan seemed the designated candidate to restore her to her former glory.

Did she succeed? The short answer: yes. But a few caveats are in order.

Because if the plot is gripping and its many twists and turns, its mystery, it winnows itself rather quickly. Worse still, the on-screen management of the two sisters' shared identities ultimately becomes laborious and confusing, with telephiles struggling at times to discern Leni from Gina in many important scenes.

Fortunately, the nuanced and perfectly invested game of Michelle Monaghan comes to save the day in these situations. Same goes for co-stars Karen Robinson and Matt Bomer who helped keep our interest going over the seven episodes of Echoes, engulfed in a single evening.

► The Series < /strong>Echoes is available on Netflix.