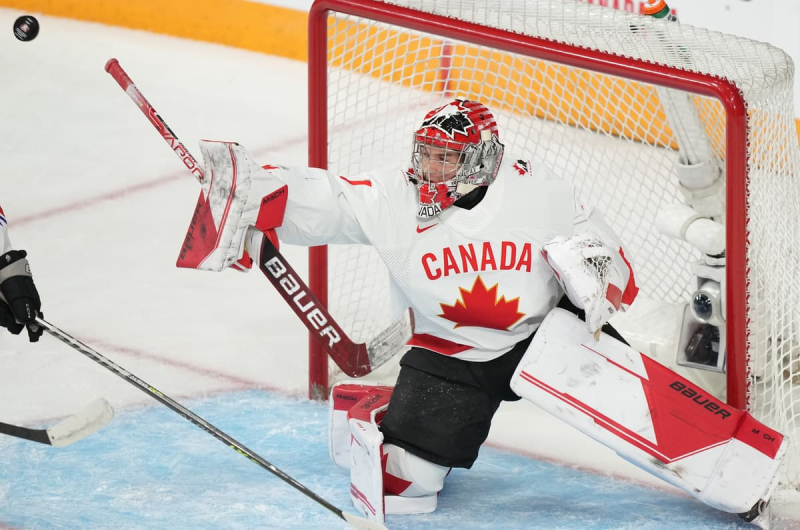 Team Canada's final game in the preliminary round of the World Junior Hockey Championship will be decisive in determining the quarter-final matchups, and head coach Dennis Williams will rely on goaltender Thomas Milic to against Sweden.

Milic won the match against Germany by stopping 14 of 16 shots he faced, after being perfect on 10 shots in relief against the Czech Republic in a loss of 5 to 2.

“I'm super excited! exclaimed Milic in a press briefing, according to the TSN network. I have family here, my parents. I'm very excited to have the chance to make them proud, just like the rest of the country.”

“He was solid in goal,” Williams said. He's had two good days of practice, and as a coaching staff, we feel comfortable giving him this opportunity to lead our team on the ice.”

Benjamin Gaudreau also started the match against Austria, winning 11-0. But the five goals he allowed the Czechs certainly left the coaches wondering. that this vote of confidence in Milic will apply for the playoffs. Williams and his assistants will adjust after Saturday's game before deciding what to do next.

“I think it's still a daily discussion,” Williams said. It's the same with attackers and defenders. We will approach the [Friday] game hopefully feeling good with our [game plan], knowing that we are going to have good opponents. And then we'll meet with the coaches, and we'll make decisions.”

Sweden remain the only undefeated team in this tournament, even if the Czechs managed to push them to their limits in overtime. The challenge is therefore real for the troop of the maple leaf, especially since the Swedish goalkeeper, Carl Lindbom, has conceded only two goals in three outings so far.

If several goalkeepers refuse to play the game of comparisons, Milic is always happy to lend himself to this exercise. “He has a great tournament so far. I am going to war against him and the best will win,” said the Canadian masked man.

If he intends to win this battle, Milic will have to keep an eye on certain players from the formation Swedish, starting with defender Ludvig Jansson, his team's leading scorer with two goals and five points in three games.