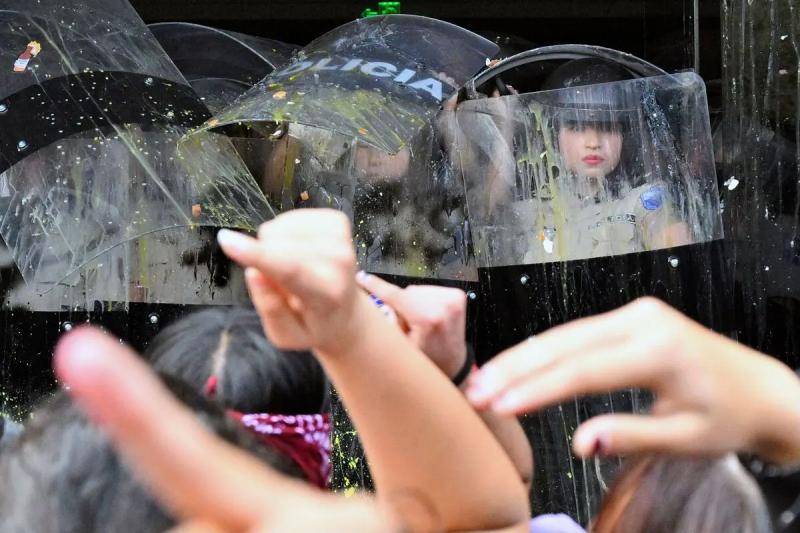 QUITO | Hundreds of women protested on Saturday against feminicides in Ecuador, which according to an NGO have claimed 206 victims since the beginning of the year, including a lawyer murdered in a police academy in Quito.

They held up placards bearing slogans such as “Look at me carefully because I could be the next” victim.

And chanting “we want to live”, protesters marched through the streets of the capital , as well as in other Ecuadorian cities under the slogan “united against the femicide state”.

The country has been rocked by the murder of lawyer Maria Belen Bernal, 34, by her husband , Lt. German Caceres.

She disappeared on September 11 after entering the École Supérieure de Police (ESP), an officer training establishment on the outskirts of the capital, to visit her husband, the main suspect in the murder, who is in on the run.

His body was found four days later on a hill near ESP.

In Ecuador, 206 feminicides have been recorded since the beginning of the year, according to an NGO that monitors gender violence.

The Attorney General's Office reports that since 2014, 573 feminicides were perpetrated, a crime punishable by up to 26 years in prison.

According to official statistics es, 65 out of 100 women between the ages of 15 and 49 have experienced some form of violence in Ecuador, a country of 18 million people.