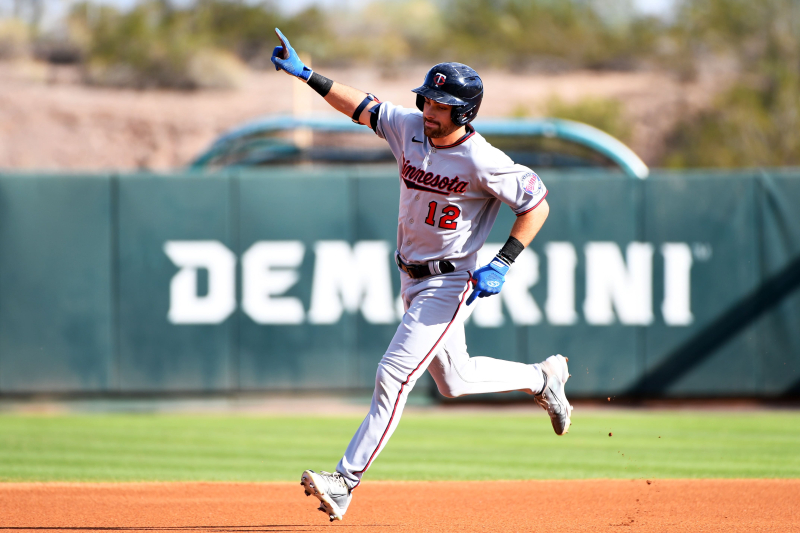 Édouard Julien has never been so close to his dream of making it to the major baseball leagues. Back in Quebec, the Minnesota Twins hopeful keeps a cool head even though the organization has put him on its list of 40 players, which allows him to graduate at any time in the big circuit. < /strong>

After getting his eyes widened at the AA level with the Twins' branch in Wichita and rising to another level in the Arizona Fall League, Julien found a much different backdrop in his snow-covered hometown. .

In the comfort of the dome, at the Canac stadium, Julien looked back on his dream season, which ended with a great mark of confidence from the Twins with the list of 40.

“I was very happy when I got the news. It is certain that during the year I did not think about that. After the season, I expected it, but it's still a great moment.

“I'm in a better position because I'm in the 40 list, but I always believed in my chances. I'm a little closer now,” the 23-year-old concluded, alluding to Major League Baseball's ultimate dream.

The one who is identified by the mlb.com site as being the 14th prospect of the Twins continues to climb the ranks at breakneck speed.

In his first season in the AA, he had a .300 batting average with 17 home runs and 67 RBIs, in addition to fine-tuning his defensive game at second base.

His production earned him an invitation to Arizona this fall, where he broke everything. He led the Fall League with a .400 batting average and 23 walks, in addition to finishing in the top 3 in hits (28) and home runs (5).

His .563 on-trail average was the third highest in league history and Julien was even a finalist for most valuable player. This is a business card that could logically lead him to start the next season in Saint Paul, at the AAA level, one step away from the majors.

“For me, the goal is the same every year and it's to make it to the majors. I imagine that I will start in Saint Paul, but I have no certainty. I can just come to training camp well prepared,” he said.

For the first time of his young career, Julien will have the opportunity to take part in the Twins' full training camp. Last year, he played a preseason game in the Grapefruit League.

“It will allow me to rub shoulders with major players and learn from them. It will be a new experience for me. It's fun to face players from the major leagues, to go into battle against them, ”smiled the one who had been the 18th round choice of the Twins, in 2019.

For Julien, the first steps in the majors would have a very special flavor. In the greater Quebec City region, no player has reached the big league since Lévisien Georges Maranda, in 1960.

“It is special! I grew up here and I did my sport-studies here. It shows how much you have to believe in your dreams and that anyone can achieve them. It is a passion for me to play baseball and I am happy to represent Quebec.

“I didn’t know that Georges Maranda was the last one. It's been a while and I hope to be next. This is my dream. I'm glad that players like him went to pave the way for other young Quebecers. I have a lot of admiration,” he said.

Julien made no secret that at times, in affiliate baseball, “it's hard to see the light in the end of the tunnel”, but that he will continue to sharpen his patience until the big day.

“I am very patient, but I have always dreamed of it. Now that I'm in the list of 40 players, it can allow me to be recalled at any time in the year, but I try not to think about it. I play, I have fun on the pitch and that's what I think about.”