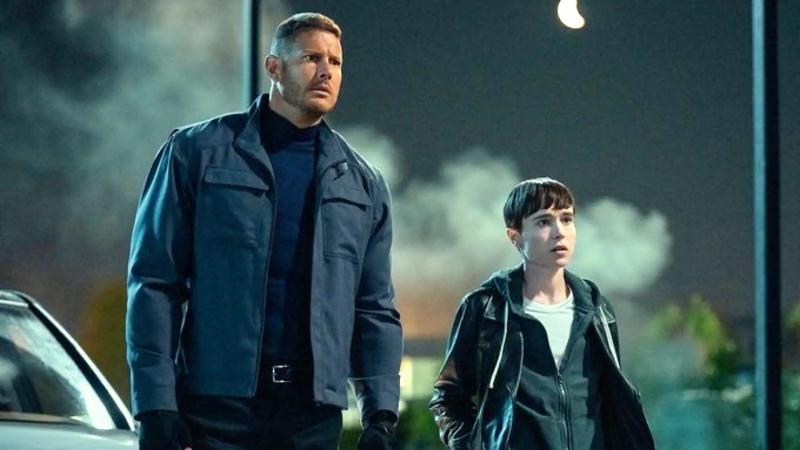 Superheroes are coming to town! This weekend takes place in Montreal an event popular with fans of films and series of heroes and villains: the Comiccon. Subscribers to on-demand streaming platforms, you've no doubt noticed that heroes are hitting the airwaves in droves. To update you and spot some characters, here are some series that currently stand out and prove that superheroes are not exclusive to major franchises.

Last month the Marvel franchise made history by bringing to life a first superheroine of Pakistani origin. Kamala Khan was a human who juggled her daily life badly until she breathed teratogenic mists and became polymorphic, therefore able to modify her appearance according to her needs. Her hero is Captain Marvel and, like him, she will revisit history, including the painful partition of India at the time of decolonization in 1947.

If Netflix has won over so many young people, it's thanks to brothers Matt and Ross Duffer who imagined this fantastic series set in a small Indiana town in the heart of the 1980s. It all starts the night Will disappears on his way home and finds himself mysteriously stuck in an upside down world. It's that same night that a young girl with psychic powers named Eleven is on the run from a strange secret lab. From this moment, everything tumbles for a group of teenagers confronted with supernatural manifestations. Launched in 2016, the series is currently making a lot of noise due to a generous fourth season and the emergence of the terrible Vecna. It's well put together, breathless and we love the many nods to 1980s pop culture. Eleven and her band of friends, like policeman Jim Hopper, are real heroes. Credits to Max and Steve shining in the current season.

Adapted from a comic book series of the same title, The Umbrella Academyfeatures heroes that don't look like it. However, One is endowed with super strength, Two has telekinesis, Three controls minds, Four communicates with the dead, Five travels through time, Six transforms and Seven, who does not seem to have any abilities, hides a overkill. They have all been adopted by an eccentric billionaire whose murderer they will try to find out. Together, they form a completely dysfunctional family that fights crimes and the eminent global apocalypse. Season 3 landed recently marks the first presence in fiction of Elliot Page since his transformation. Seven, dit Vanya became Viktor quite naturally.

When it comes to superheroes, it's hard to miss the Star Wars< franchise /em>. Jedi are heroes and Obi-Wan is a good example of that. This miniseries is set between the films Revenge of the Sith (Episode III) and A New Hope(episode IV). This is the time when Obi-Wan is in exile on Tatooine and watches over Luke's education. It is at this time that he will try to find Leia who has been kidnapped. It is the beginning of the emergence of his fight against Darth Vader who has taken the path of the Empire.

John Cena embodies this antihero, a rather vulgar villain from the universe of The Suicide Squad< /em>. The tone is light and does not take itself seriously. James Gunn (Guardians of the Galaxy) signs the realization. When he's the Peacemaker, Christopher Smith is willing to kill for peace. His father, a contemptuous man, raised him the hard way, but little by little, behind his sexist macho traits, we will discover that Smith has a little heart. Here, we are in the genesis of the character parachuted in spite of himself in a mission called Butterfly which leads him to chase aliens.

Adapted from a DC Comics series from the 1960s, this series features superheroes far from the usual standards. They all acquired their powers through horrific accidents, which pushes them to live on the fringes of society. Among them, Robotman and Negative Man, one of the few, to my knowledge, homosexual superheroes. Their leader is a scientist who gave them this second life and who will be kidnapped by another strange character, Mr Nobody. The troupe is catapulted back in time witnessing elements of their own past. Our heroes will often be torn about what the truth is. It's as weird as it is crazy. Here, humor meets science fiction.

The last character in the running from Marvel to be the subject of a television adaptation, Moon Knight has not previously appeared in the cinema. This complex hero hides a double, even triple and quadruple identity. Oscar Isaac is doing brilliantly, but we have to work hard. It is a darker, more adult and even schizophrenic work compared to other series of the genre. Steven Grant is a salesman in a museum shop. He suffers from memory loss, sleep disturbances and vision of another life. It is difficult to distinguish dream from reality. It is that he shares the body of a mercenary, Marc Spector, under the influence of the Egyptian god of the moon who saved him and of whom he is the representative on earth. Each of them also has their costumed alter ego and their way of seeing wrongdoing. This series marks the last appearance of French actor Gaspard Ulliel who died earlier this year.

This adaptation of the comic book of the same name has just launched its third season. In the eyes of the world, the Seven are revered. They are heroes who work for the powerful company Vought International which promotes it. In fact, under their capes and masks hide rather corrupt and in some ways dangerous beings. Among them, a murderer, a drug addict, a lunatic and a supremacist. On the other side, there are the Boys who are led by Billy Butcher. They are vigilantes who seek to bring down the forgers and their protector. But the power and notoriety of the Seven blinds even the government and the Boys must fight against all odds.