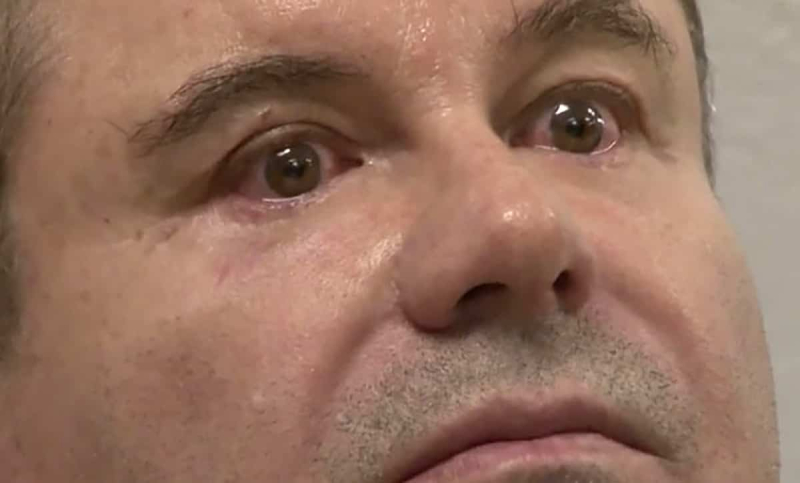 The ex-Mexican drug trafficker Joaquin Guzman, nicknamed “El Chapo”, appealed on Tuesday via one of his lawyers for help in Mexico about the “psychological torment” he claims to suffer in prison in the United States where he is serving a life sentence.

“In the six years that Joaquin has been in the United States, he has not seen the sun “, said his lawyer in Mexico, José Refugio Rodriguez, in an interview with Radio Formula.

Incarcerated in the desert mountains of Colorado, in one of the most secure prisons in the United States, ” Chapo” Guzman leaves his cell only three times a week without ever seeing the sun, Rodriguez added.

The lawyer claims to have received a voicemail from Guzman, 65, through Mariel Colon, one of his lawyers in the United States, and one of his sisters.

“He suffers from psychological disorders”, he continued, fearing a “deterioration” of his state of health which could lead to an early death.

The Mexican authorities must watch over his conditions of detention, according to of a convention with the United States, according to the lawyer.

The “Chapo”, once feared leader of the Sinaloa Cartel, also speaks out against the alleged failure to respect the procedures during his extradition in January 2017. He had asked in October for the cancellation of his sentence and a new trial. /p>

The grievances of the “Chapo” come after the arrest of one of his sons, Ovidio Guzman, on January 5 in the state of Sinaloa (north-west) during an operation which made 29 dead (10 military and 19 suspected criminals according to the authorities).

On July 18, 2019, Joaquin Guzman was found guilty of drug trafficking, money laundering and the use of firearms by a New York court.

It was before this same Brooklyn court that the cocaine trafficking trial of Genaro Garcia Luna, former Mexican Minister of Security between 2006 and 2012, began on Tuesday. .

Mr. Garcia Luna is accused of accepting bribes to protect the Sinaloa cartel from the “Chapo” and of being involved in trafficking at least 53 tons of cocaine to the United States.