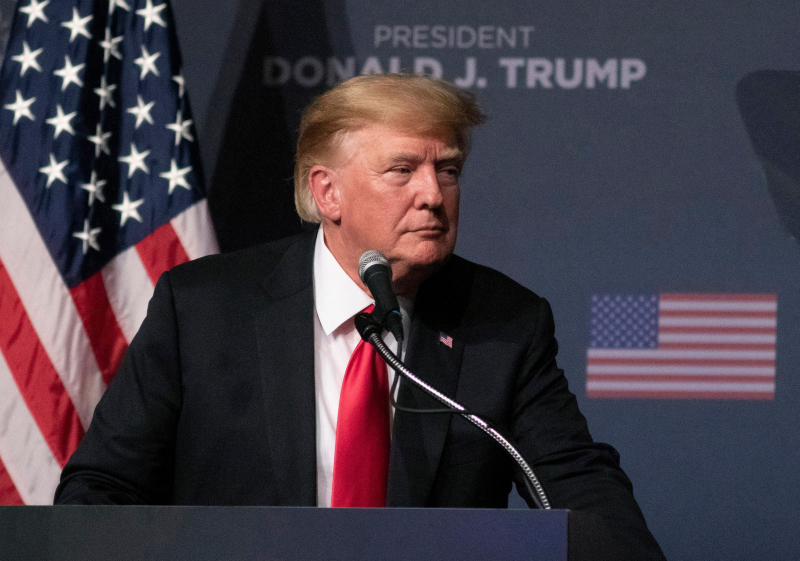 As we head into the 2022 midterm elections and the 2024 presidential election, major sources of uncertainty make any forecast adventurous.

Ahead of the upcoming elections, the two parties are making very optimistic scenarios.

The Democrats are betting on the heavy liabilities of Donald Trump who, failing to take him to prison, will send him to political purgatory with the elected officials who supported him. Republicans are counting on the unpopularity of Joe Biden, on inflation and on a new leader who will make Trump forget.

These scenarios seem logical, but they ignore that perennial spoilsport of politics: human nature, unpredictable in general and downright unfathomable in the case of Donald Trump.

If Trump is dismissed

A majority of Republicans want Trump replaced and it is not inconceivable that they will agree on a candidate like Ron De Santis in 2024.

But how would Trump react if the party he believes to worship him kindly shows him the door? He'll probably freak out.

Everything indicates that Donald Trump intends to take root and he remains the most likely candidate for the Republican nomination, even if the majority of the party wants him to be replaced.

That's what Democrats, who believe they can easily beat Trump – even with the unloved Biden – hope, especially after the crescendo of accusations that will continue to fall on the ex-president by 2024. This scenario risks however to come up against the indecipherable average voter.

Beyond the marginal gains that an economic upturn could bring to Democrats, they will have to convince their former faithful that they were wrong to set their sights on Donald Trump and persuade Republicans disillusioned with Trump that the Democratic Party is not the radical bogeyman Fox News presents to them daily.

It won't be easy. In 2020, millions of voters who disapproved of Trump nevertheless resigned themselves to supporting him. They will probably make the same contortions in 2024.

Above all, partisanship is a hard drug. Several Republican witnesses before the January 6 commission said they were cheated by the ex-president and disgusted by his behavior. They still admitted they would vote for him if he wins the Republican nomination…because Democrats are hell.

The Democrats will obviously not be immune to the imponderables. What will Joe Biden do? Will he make the reasonable choice to withdraw to allow his party a necessary renewal or will he persist in hoping for a reversal of current trends?

Above all, will the party take How seriously is the need to win back the centrist electorate and ex-Democrats who allowed themselves to be cajoled by Trump? It is easy to imagine a scenario where the party would be swept away by its urban and progressive wing in a direction that would cause it to lose the rural and conservative vote, without which no majority is possible.

As the heart, politics often has its reasons that reason does not know.